Mom asked to leave library after her concealed handgun was spotted 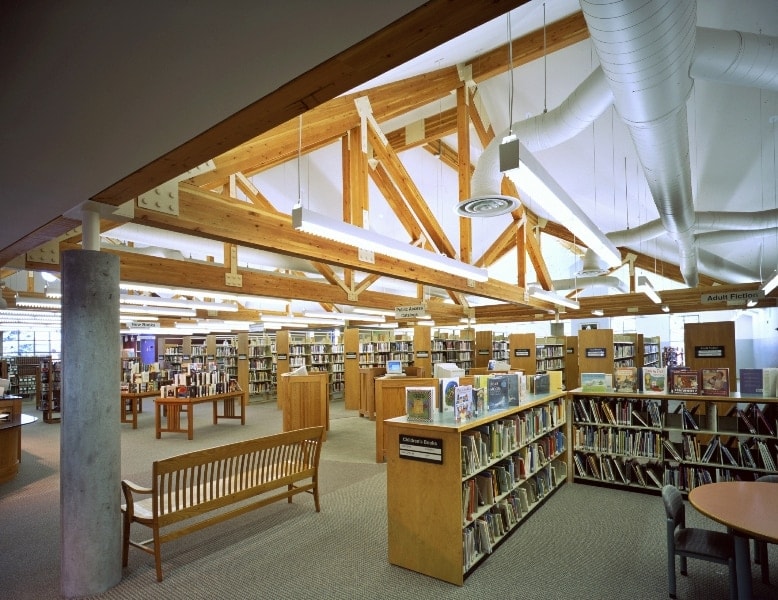 The Windsor Severance Library, where controversy on gun laws has its own section. (Photo: Mark Young Construction)

A Colorado mother with her children was asked to leave a local library under threat of calls to police after it was discovered she was legally carrying a handgun.

The Aug. 20 incident at the Windsor Severance Library in Windsor, Colorado, is now the subject of a larger fight as a regional gun rights group has interceded on permit holder, Erika Sattler’s behalf. The group, Rocky Mountain Gun Owners, contends that after review of the library’s policy prohibiting weapons of any sort except by law enforcement officers, the organization is the one out of line.

“The library’s policy is prohibited by Colorado law,” wrote James Bardwell, an attorney for RMGO wrote in a letter dated Aug. 22 to both the City of Windsor and the Clearview Library District, who run the Windsor Severance Library.

Bardwell elaborated, “Your staff member’s direction to Ms. Sattler to leave the library’s premises because she was carrying a firearm is also unlawful. C.R.S. section 29-11.7-101 preempts local governments, including library districts, from regulating the carry of firearms, except as provided by state law. Further C.R.S. section 18-22-214 states that the permit authorized carry in all areas of the state except those listed in that section. Libraries or library district facilities are not among the places listed.”

The letter from RMGO goes on to assert that the organization, also based in Windsor, will be at the next library board meeting to address their concerns about the district’s rules coming into compliance with state law.

“If that is not done, we will institute litigation against the district to force it to comply with state law,” Bardwell said.

The incident in Windsor is the not first time a legal gun owner in the state has had to turn to the courts for relief. In nearby Thornton, just fifty miles away, a permit holder recently collected a $25,000 settlement following a 2012 arrest while legally carrying in a movie theater.

While neither Windsor nor Clearview officials have released a statement, library representatives confirmed for the Coloradoan that Sattler was indeed asked to leave the library after it discovered that she had a concealed handgun. The paper also confirmed that the Clearview Library District board has plans to discuss the current firearms policy at the upcoming meeting Aug. 28.

In the meantime, RMGO is encouraging its members to lawfully carry firearms at the library even before any change is made to the policy.

“We firmly believe that library patrons exercising their inalienable right to protect themselves are not disruptive to the library environment, nor is it incompatible with a library,” Bardwell said. “A library should be a place where all freedom is recognized and supported, not just a place for freedom of speech.”