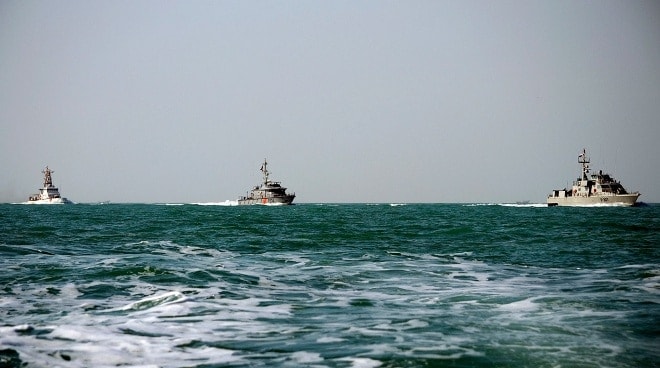 The U.S. Coast Guard cutter Monomoy, a patrol ship in the Persian Gulf, found itself in a brief altercation with an Iranian dhow, a type of single-mast sailboat mostly used by fishermen and traders.

According to U.S. reports the Monomoy dispatched a smaller craft to meet with the crew of the dhow but when they came close to the Iranian ship, its crew leveled a machine gun on the visiting party.

The cutter’s response was swift and to the point, firing a single warning shot at the dhow, which proved effective.

“I know there was one shot fired. Nobody hurt. Both the cutter and the dhow parted ways and there wasn’t more to it than that,” Rear Adm. John Kirby, the Pentagon press secretary, said in an incident statement.

These cutters provide security in the region, enforcing maritime law and boarding and inspecting suspect vessels.

In 2012 the Monomoy rescued six Iranian sailors from drowning after their dhow began to sink.