DOD promotes Suicide Prevention Month, raises awareness of the cause 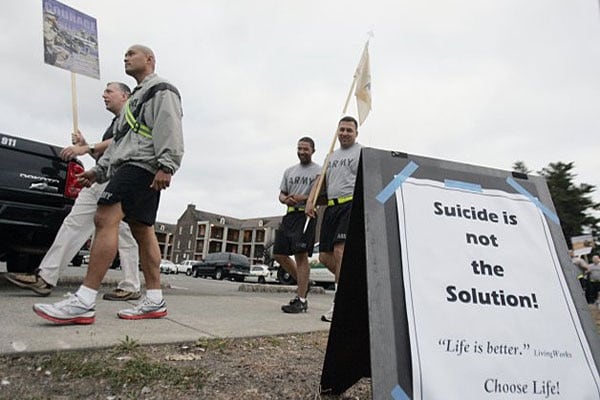 “Human beings are fragile, and suicide is a complex and devastating event that affects us all. The painful loss of life and its heartbreaking aftermath spread beyond the individual and immediate family, taking a toll on fellow service members, friends, neighbors, coworkers, and society itself,” said Secretary of Defense Chuck Hagel in a statement released Sept. 2. “While preventing suicide takes all of us working together, it begins with a personal commitment.”

He also encouraged individuals to be open and willing to help those who may be going through tough times.

“[A]sking for help when you need it takes courage and strength. What we need to remember — what our entire country needs to remember — is that these brave individuals shouldn’t be avoided or stigmatized. They need to be embraced,” he said and added, “It only takes one person to ask one question or make one call – and that single act can save a life.”

This comes a week after President Obama announced 19 executive actions aimed at helping veterans, some of which specifically to strengthen mental health care. The Veterans Affairs office will launch a $34.4 million suicide prevention study with 1,800 veterans at 29 hospitals.