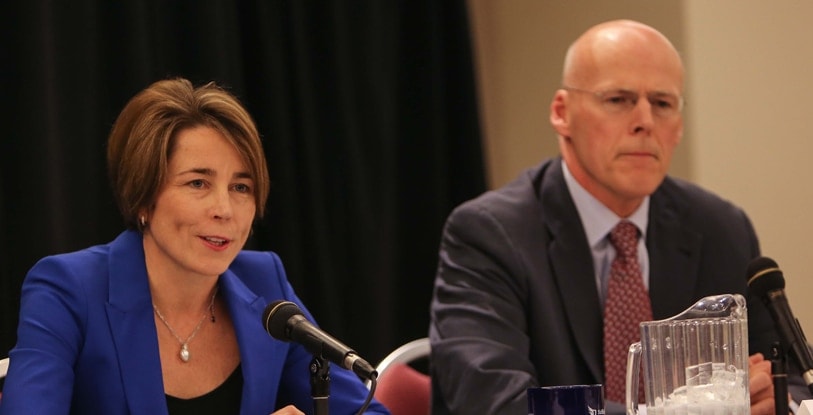 Warren Tolman, the Massachusetts Democratic candidate for attorney general is making his push to mandate fingerprint trigger lock technology a key part of his run.

The candidate, facing former state prosecutor and special assistant district attorney Maura Healy in the upcoming Democratic primary, released an ad this week that puts Healy on the spot on the subject of smart gun technology. Using the National Rifle Association’s headquarters and the U.S. Capitol background, Tolman point blank states his intentions should he win the race.

“I’m Warren Tolman, and as attorney general, I’ll take on the NRA and use existing state law to require fingerprint trigger locks on new guns sold,” said the hopeful candidate in the 30-second spot released to air on local TV throughout the Bay state.

Tolman, a former state lawmaker, plans to mandate smart gun technology on new firearms sold in the Commonwealth so that no unauthorized user can fire the weapon. The method of implementing this would be through Chapter 93A, Massachusetts’s consumer protection law.

The technology behind the candidate’s proposed mandate is still in its infancy. A 2013 National Institute of Justice study on making smart guns found there was no commercially available gun in the United States at the time of the report and the reliability of the prototypes being tested was a reoccurring concern since the inception of the technology 15 years ago.

Ealier this summer,  Dr. Donald H. Sebastian, senior vice president for research and development at the New Jersey Institute of Technology told Guns.com that maturity on Dynamic Grip Recognition, a smart gun technology that uses a series of electronic sensors and microchips housed inside the grip of the handgun, is still at least two years away from being viable.

Besides his advocacy for smart guns, Tolman’s platform is heavy on other controversial gun control measures, including calling for microstamping of all ammunition sold in the state, banning the sale of .50-caliber firearms, an update to the state’s assault weapons ban to include assault weapon parts and going after guns designed to mimic fully automatic fire.

In addition to these steps, Tolman promises to, “promulgate additional regulations where there are readily available, common sense solutions.”

Tolman’s opponent in the primary, Maura Healy, went on record with the Boston Globe after the new set of ads started to play across the Commonwealth, making it clear that while she supported smart gun technology, she doesn’t think the office the two are vying for has the authority to enact the mandate.

“Maura’s experience led her to embrace a comprehensive solution while Warren Tolman has talked about one idea this entire campaign,” said Healey spokesman David Guarino.

Tolman and Maura face off on Sept. 9 to find out who wins the Democrat nomination and go on to challenge Republican candidate John Miller.