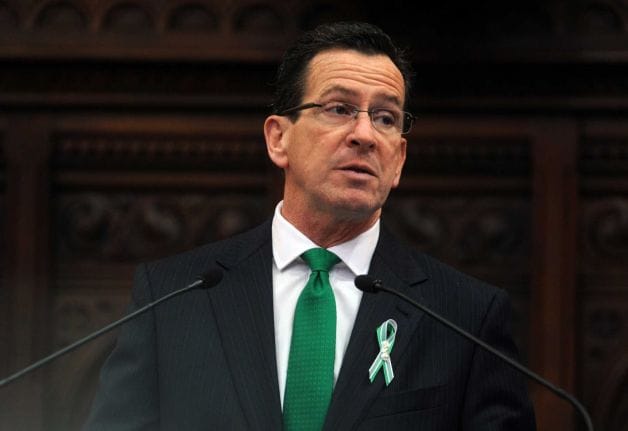 Calling the contenders for office in the state this November “downright horrible,” and “absolutely delusional,” pro-Second Amendment group Connecticut Carry is endorsing no one.

This news came Tuesday following signs that another gun rights group in the state is endorsing Republican gubernatorial candidate Tom Foley in a run up to moving Democrat Gov. Dannel Malloy from office. Malloy, who signed a draconian set of gun control legislation into law following the 2012 Newtown School shootings in the state, is now facing those laws as an obstacle on the campaign trail.

“As our members know and we communicate regularly, we will not be endorsing candidates for the 2014 election,” read a release from the group Tuesday. “One of the primary reasons for this is that there is no one to endorse. The current crop of political candidates range from downright horrible to only wanting to use us for our votes to absolutely delusional.”

The group contends that on recent votes for gun rights issues, candidates that opposed gun control measures, “did not stand up for individual rights, instead, they exercised self-preservation.”

Citing that endorsements do not have to be made, the gun rights group believes the election is about sweeping bad politicians out of office and endorsements of good candidates could hurt more than they help.

Democrats have attempted to use Foley’s close association with another gun rights group, the 15,000-member Connecticut Citizens Defense League, as an attempt to portray him as an extreme candidate with a pro-gun agenda. Foley for his part has not stated a clear position on if he intends to repeal any of the laws signed into effect last year.

Connecticut Carry further takes exception with candidates who have short memories on gun issues once elected.

“Since we are the zero compromise, pro-rights organization in Connecticut, we refuse to make allegiances or alliances with politicians that can and will turn their backs on our organization and members once they get into office,” the group said.

The subject of gun control enacted after the Newtown school shooting has become a hot-button issue in the Nutmeg State this election cycle.

Last week, incumbent Gov. Malloy faced off with his Republican opponent, Tom Foley in a debate where gun control failures and successes were discussed in depth.

Foley, who lost to Malloy in 2010 by fewer than 6,000 votes out of over a million ballots cast, stands to gain from the controversy.

Malloy has in the past been a favorite topic of Connecticut Carry. In March the group issued a bold challenge to the state government from the governor’s mansion on down to either enforce the recently passed expanded ban guns classified as assault weapons, or else repeal the law altogether.

Even with its strong vote of no confidence on all political candidates in the state, Connecticut Carry posted on social media condemning Malloy, saying just hours after its latest release, “We know fully well what will happen when we fire Malloy this November. We will be well on our way to being a state with free exercise of its citizens’ firearms rights!”