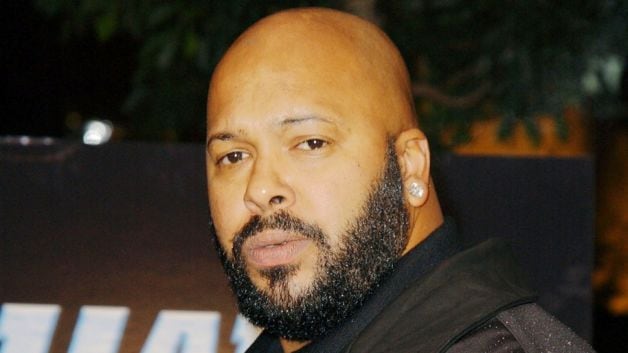 After the shooting that left three injured, Suge Knight, Megan Hawkins and a third victim’s whose identity is undisclosed, TMZ has acquired these exclusive photos of Knight post-surgery.

He’s zippered up pretty well and will have a hell of a scar to show off, but there’s no doubt that even though these wounds don’t look so bad from the outside, Knight and the others were incredibly lucky. 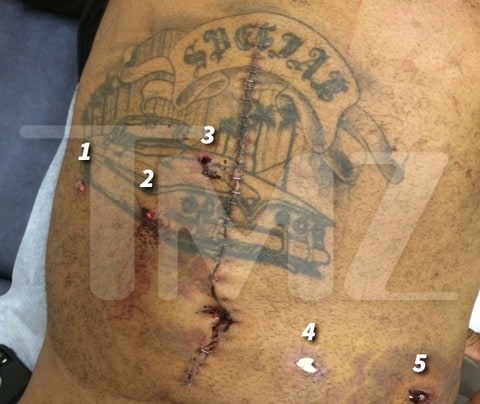 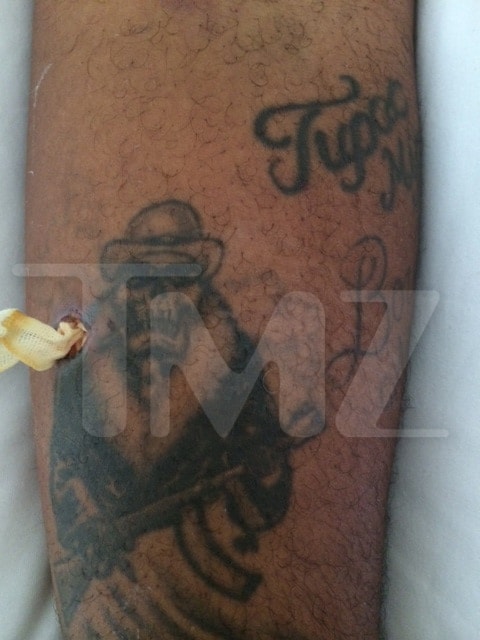 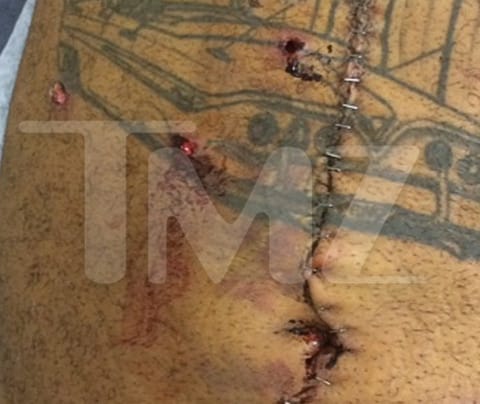 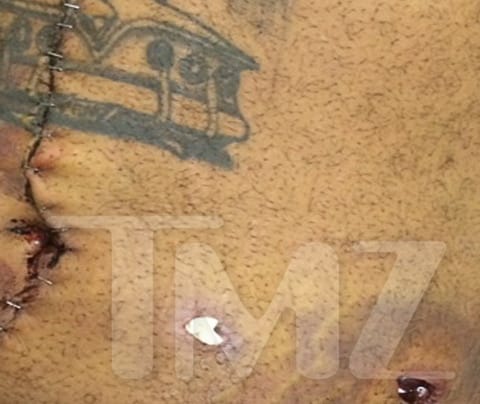 While initial reports indicated that the intended victim of was Chris brown or possibly even Justin Bieber, authorities have been able to review security footage of the party and have determined that Knight was always the target and the others were bystanders.

Although the motivation behind the shooting has not been determined and Knight is not cooperating with police in identifying the shooter, some people close to Knight have said that the upcoming NWA biopic “Straight Outta Compton” may have something to do with it, as the New York Daily News reports.

“One of the characters being portrayed is Suge, and he feels that if his image is going to be represented, he believes he should be compensated for that,” said one source. “He is bullying and threatening people because he believes anything to do with rap in Los Angeles means you have to pay him.”