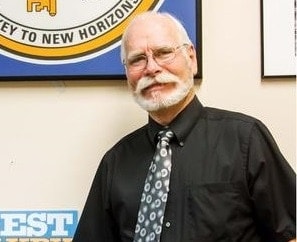 Ridgecrest, California, Mayor Dan Clark contends that Michael Bloomberg’s Mayors Against Illegal Guns used his name illegally on recent letters and that he dropped out of the group long ago.

Clark admits that, while he was formerly a member of MAIG, a gun control group founded in 2006 in part by former New York City Mayor Michael Bloomberg and now under the Everytown banner, he claims he was “duped” into joining. He maintains that once he realized the lobbying group’s objectives and believed they were not a good fit for the self-styled “gun advocate,” he tendered his resignation.

However, this did not stop the group from using Clark’s name as a backer of a Sept. 3 letter, purportedly signed by him and 68 other Golden State municipal executives, voicing support for a controversial gun control bill on Gov. Brown’s desk.

Clark told the Ridgecrest Independent  last week that he never gave MAIG permission to use his name to endorse the letter, saying, “if they have used my name, they did it illegally.”

The letter to Sacramento was in support of AB1014, better known as the Gun Violence Restraining Order bill. Introduced just days after the Isla Vista killings, the measure would allow a family member or law enforcement to request a court order prohibiting possession of a firearm, for up to 21 days, by an otherwise legal gun owner who is believed to pose a “significant danger.” This initial order could be extended for as long as a year if the situation warrants. If passed and signed into law, California would be the first state to implement this sort of far-reaching measure.

Clark was chosen as Ridgecrest’s first elected mayor in 2012 and soon afterward became listed on MAIG’s list of more than 800 members. Nevertheless, he said he withdrew from the group over differences in views on gun control, asking the city’s legal staff to handle the separation.

“Myself and many, many mayors signed up for this coalition to prevent illegal guns from entering the country because on the surface it sounded like the right thing to do, Clark said. “What I found out from my colleagues was that this was a facade and that it was an anti-gun coalition in disguise.”

“We all kind of got duped. I suspect a lot of mayors have resigned from the this lobbying group,” Clark said.

Clark is not the first MAIG member to renounce his association with the gun control group. In April, Mark Boughton, mayor of Danbury, Connecticut, announced he was leaving the group citing an increased push to enact new anti-gun legislation. His move followed that of Mayor John Tkazyik, of Poughkeepsie, New York, who loudly broke ties with MAIG in February saying, “MAIG intended to promote confiscation of guns from law-abiding citizens.”

Mayors Against Illegal Guns declined comment to Guns.com on this issue, but Clark’s name does not currently appear among the more than 80 California mayors who are listed as being a member of MAIG.

Clark, who is coming to the end of his two-year term with six candidates vying for his office, did not respond to emails from Guns.com for further statement.