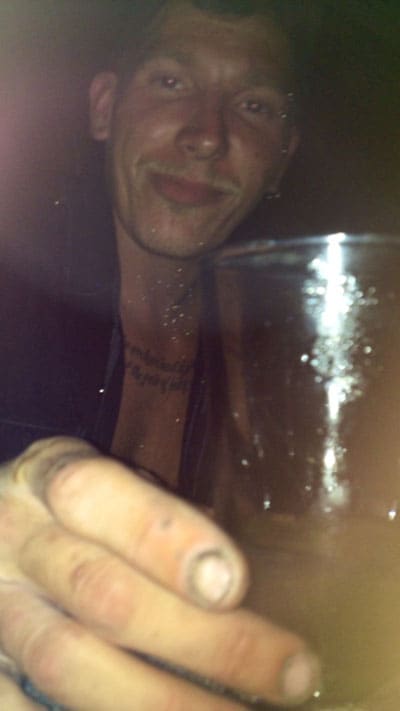 Russell’s friends said by the time he left the bar he was stumbling and unable to talk. (Photo: WOOD TV)

A night of drinking ended in tragedy when an intoxicated man entered a Greenville, Michigan, home and became combative when asked to leave, ultimately ending with a fatal shot being fired.

Police responded to the gunshot around 7:20 a.m. Saturday and when they entered the home, they found 27-year-old John Sherman Russell deceased from an apparent gunshot wound to the torso.

Greenville Department of Public Safety Director Mark Reiss told the Daily News, “The suspect came in through the back door of the residence. He then went to sleep on the couch, unclothed. The homeowner came down and found him.”

“According to the homeowner,” Reiss continued. “He tried to wake the suspect up, who then became belligerent and combative. A struggle ensued over the firearm with the owner discharging one round.”

Authorities believe Russell simply walked in through the back sliding glass door before falling asleep on the couch. The homeowner had opened the door to let out his dog and left it unlocked while he went to take a shower.

Several minutes later, the homeowner discovered Russell on the sofa and retrieved a shotgun before attempting to wake Russell from his slumber.

Authorities confirmed that the homeowner and Russell were not acquainted, and at the time, the homeowner’s wife and children were also asleep in the home.

When the shooting occurred, officers were already in the area because they had received two calls about a naked man in the neighborhood. One nearby resident called about 6:30 a.m. when he saw Russell. Another neighbor called just before 7 a.m. when she saw Russell peering through her windows and attempting to open a door.

Officers later found Russell’s clothing in the neighbor’s garage, along with his wallet and cell phone. They guess he may have been suffering from hypothermia when he removed his clothing.

Results of a toxicology test should be available later today.

Russell’s friends say they had been drinking at a local pub the night before and into Saturday morning before the shooting occurred.

“They were asked quite a few times to stop serving him, but they kept serving him because he was paying money,” Russell’s friend, Nick Ormsbe, told reporters.

The bartender said that she remembered Russell and the request to stop serving him, but she did not recall seeing him again after that.

Russell’s friends said he went back to their place around 1 a.m., but around 3 a.m. decided he wanted to leave, then tore up the house and disappeared. His friends said they tried to make him stay, but he refused.

It’s unknown where Russell, who has a small child and another baby on the way, was or what he was doing between the time he left his friends’ home and ended up in the neighborhood where he was shot.

The homeowner is not facing charges at this time. Once the investigation is completed, the case will be handed over to the county prosecutor.

The homeowner was reportedly too distraught over the incident to talk with reporters.