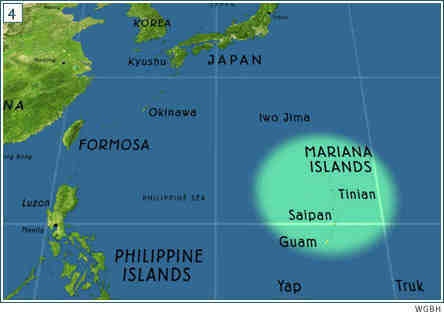 The Commonwealth of Northern Marianas Islands has what could be the strictest gun laws in the U.S. (Photo: WGBH)

A Navy veteran and his wife are suing the government of the Commonwealth of Northern Marianas Islands to force the territory to repeal its ban on handguns.

The suit, brought by David J. Radich and his wife, Li-Rong, is challenging the commonwealth government’s anti-gun policies, particularly its total ban on handguns and refusal to issue permits for long arms. This comes after the couple suffered from a home invasion that left Li-Rong severely injured. Following the attack, the Radich couple filed for Weapons Identification Cards with the CNMI Department of Public Safety in July 2013, required to own one of the few long guns allowed in the territory.

However, with their WICs still in limbo, the couple filed suit Sept. 5 in the U.S. District Court for the Northern Marianas Islands, claiming their Second and Fourteenth Amendment rights are in violation.

“The ban on handgun possession contained in 6 CMC §2222 (e), on its face and as applied, violates the Plaintiffs ‘individual right to keep and bear arms for self-defense as secured by the Second Amendment to the United States Constitution,” contends the suit.

The action, filed against James C. Deleon Guerrero in his capacity as the commissioner for the CNMI Department of Public Safety, asks that the court issue injunctions against the territory, with a population of some 53,000, from banning handguns and concealed carry permits and requiring ‘good cause’ for the issuing of permits for long arms.

The Mariana Islands, whose population lives primarily on the island of Saipan, has some of the most restrictive gun laws in the nation. While people born there are U.S. citizens, the official currency is the dollar, and they have a representative in Congress, the little-known slice of America enjoys few of the gun rights that those in the rest of the county do.

As Second Amendment scholar, Eugene Volokh noted in his column this week, the CNMI is possibly the last U.S. jurisdiction with a total handgun ban:

“The Commonwealth of the Northern Mariana Islands is part of U.S. sovereign territory. It also (1) totally bans handguns, (2) bans carrying all guns, even in the home, (3) requires licenses for long guns, which are allegedly not granted for months on end, though theoretically they are supposed to be granted within 60 days, and (4) bans all ammunition except .22 cartridges, .223 cartridges, and .410 shotgun shells,” Volokh explained.

“This case poses timely and important issues, both constitutional and practical; namely that the residents of the NMI not only have the right to defend themselves with a firearm, but also to possess the most-commonly used firearm for self-defense purposes,” David G. Sigale, from Radich’s legal team, told Guns.com Thursday. “The NMI unconstitutionally bans both of these.  The Supreme Court has held that the Second Amendment protects both an individual fundamental right to self-defense, and to possess a handgun for that purpose.  We are confident the Court will agree that the NMI’s bans on these rights are unconstitutional and cannot stand.”

The Second Amendment Foundation, which has joined with the National Rifle Association’s Civil Rights Legal Defense Fund and the Hawaii Defense Foundation to help fund the suit, feels that the it has merits. 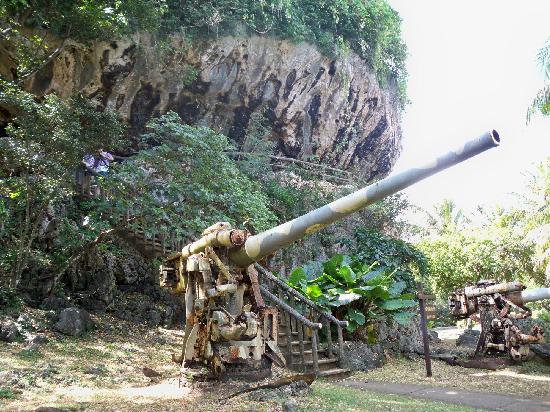 The CNMI’s firearms laws are so encompassing that some of the only guns on the island are relics left behind by the Japanese military in World War II. (Photo: Tripadvisor)

“The Second Amendment does not just apply to the continental United States and Hawaii,” noted SAF founder and Executive Vice President Alan M. Gottlieb in a statement this week. “It also applies to territories under U.S. jurisdiction. The issue is a fundamental civil right, not only to possess a handgun, but also to use firearms for self-defense purposes, which is currently banned in the Northern Marianas.”

This latest push in the far flung territory can be seen as an extension of the recent federal court decisions, such as the Peruta case and the follow-on Richards and Baker cases, which went after may-issue concealed carry permitting schemes in California and Hawaii. In all of these the U.S. 9th Circuit Court of Appeals, which has jurisdiction over the Marianas as well, struck down state language that affected the ability of lawful gun owners to legally carry a firearm concealed.

“The NRA’s victory in the Peruta case was just the thing that Guam and some other fence-sitting jurisdictions needed to see the light. But some recalcitrant jurisdictions will also need to feel the heat through lawsuits like this new one before they come around,” Chuck Michel, the attorney who helmed Peruta told Guns.com Thursday.

With the legal writing on the wall, lawmakers in Guam, the closest U.S. territory to the Marianas, scrapped their long-standing may-issue concealed carry practice in May.

As Volokh explained, the CNMI Covenant that was ratified in 1986 and extended rights to the Marians residents expressly states that the first nine amendments to the Constitution — to include the second’s right to keep and bear arms — are applicable and could become a pivotal point in the coming legal action.