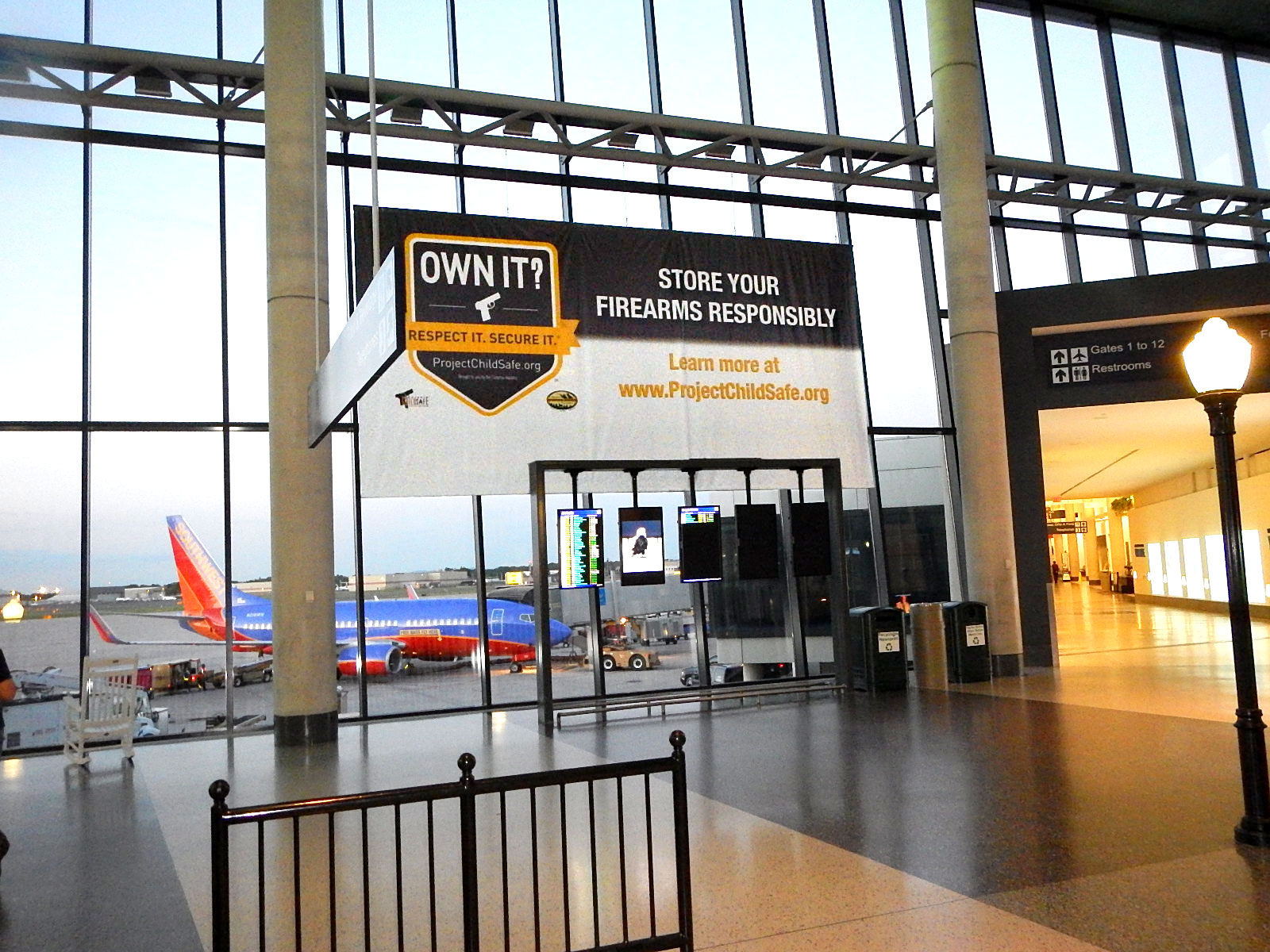 Reagan National Airport is refusing to rent ad space to a gun industry group that would be used to promote child gun safety in what some term a case of political correctness run amok.

The messages, part of the National Shooting Sports Foundation’s Project ChildSafe program, depict a silhouetted image of a handgun with a trigger lock affixed to it under a banner that implores readers to store their firearms responsibly. Although the ads currently hang in five other airports across the country, Reagan National in Washington D.C. is refusing to allow them because the ads reference weapons. This refusal, the first of any airport asked, has the NSSF perplexed.

Keane contends that the program is about safety, not politics. He points out that a wide range of organizations and companies support the initiative, as do lawmakers from both sides of the aisle, mayors and police chiefs.

Project ChildSafe is a tax exempt non-profit that takes charitable contributions and uses them to promote safe firearms handling and storage. Since 2003, according to the group’s website, the project has partnered with local law enforcement agencies to distribute more than 36 million safety kits to gun owners in all 50 states and five U.S. territories.

“Project ChildSafe Works,” wrote Keane in a post to the NSSF’s blog.  “So in another way to reach out and inform the public, this year and next, travelers through some of our nation’s airports either have or will be seeing electronic and fixed advertising to promote the Project ChildSafe ‘Own It? Respect it. Secure it.’ message.”

While five airports — Hartford-Springfield, Las Vegas, Little Rock, Providence and St. Louis — currently carry the signage, Reagan, which according to FAA statistics saw 19.7 million passengers pass through its terminals in 2012, has elected not to. The airport is administered by the Metropolitan Washington Airports Authority that controls not only Reagan but also Dulles International. Keane says that repeated calls to the authority to further attempt to place the public service message went unanswered.

“Why does politics come before safety?” asks Keane.