George Zimmerman allegedly threatens motorist: 'I will f-ing kill you!' 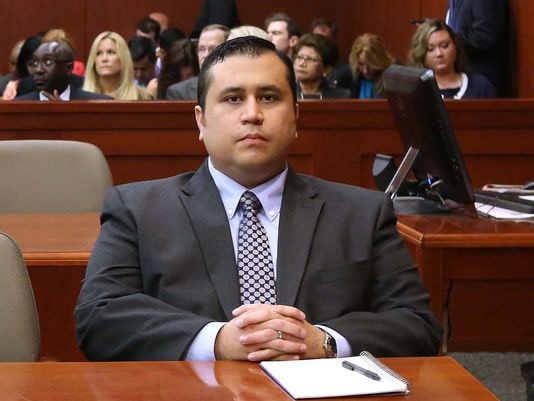 Lake Mary Police confirmed that George Zimmerman was involved in a road rage incident that resulted in Zimmerman allegedly threatening another driver.

The driver, who has not been identified, said in a complaint filed Sept. 9 that he stopped at a red light next to a truck. As he sat listening to music, he noticed the two men inside the truck yelling at him, so he responded and the conversation escalated into an argument. During the shouting match, the driver recognized one of the other men as Zimmerman.

When the light changed, the driver pulled away. Zimmerman rolled up next to him and shouted, “Why are you pointing your finger at me? I will fucking kill you. Do you know who I am?”

In response, the driver pulled into a Circle K gas station to call the police, but Zimmerman followed and continued the argument.

During their investigation, police confirmed with Zimmerman that there had been an argument, however, the driver did not want to press charges.

“Without the complainant wanting to press charges, we have no grounds to pursue a criminal prosecution,” said Officer Bianca Gillett, public information officer for Lake Mary Police.

Since his acquittal in July 2013 of the murder of 17-year-old Trayvon Martin, Zimmerman has had a handful of run-ins with the law that include domestic abuse complaints filed by both his ex-wife and a girlfriend, and traffic violations. But he’s also made headlines for his paintings, promoting a possible boxing match between him and rapper DMX, pulling a family from a burning car, “patrolling” a gun store, and losing a civil suit against NBC.