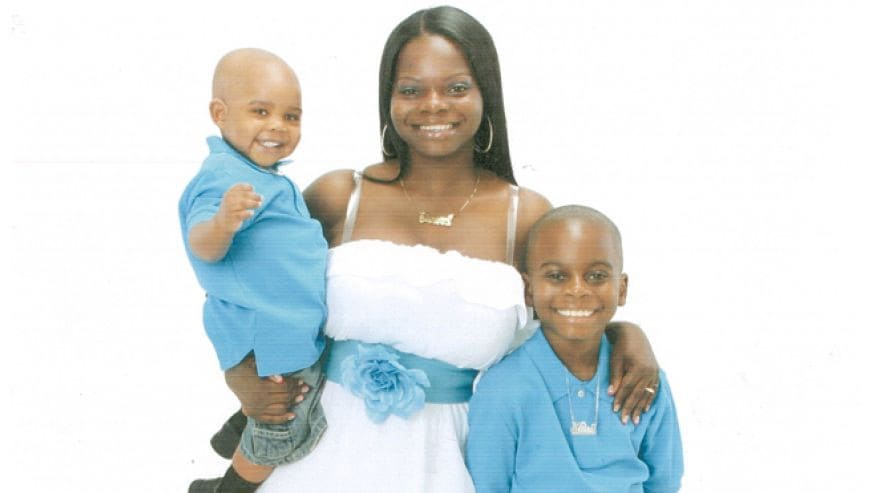 Shaneen, a 27-year-old mother of two, wants to know why a now former NFL player gets special treatment and she doesn’t. (Photo: Facebook)

The emergence of video surveillance showing former Baltimore Ravens running back, Ray Rice, hitting his then fiancee and now wife, Janay Palmer, in an elevator of an Atlantic City hotel has left one Philadelphia mom perplexed. She wants to know  why the judge and prosecutor let Rice walk but insist on going anything but lenient on her for charges which came about when she accidentally carried her legally-owned firearm across state lines into New Jersey.

Shaneen Allen is facing gun charges – and a minimum of three years in prison – due simply to her lack of knowledge of reciprocity. Allen wasn’t aware that her Pennsylvania-issued concealed carry permit isn’t valid in the state of New Jersey. When she was pulled over on Oct. 1 for a minor traffic violation, she readily told the officer that she not only had her concealed carry permit, but she was also carrying a .380 Bersa Thunder with her.

Allen attempted to have the charges dropped last month to avoid jail time by entering an intervention program for first-time offenders, but Superior Court Judge Michael Donio denied the request.

But seeing the video of Rice, who was accepted into an intervention program, knock his fiance completely unconscious for several minutes, has left Allen asking why he gets special treatment, despite the fact he could easily be considered a violent offender.

“That’s not justice for me or my children,” Allen told FoxNews.com. “What makes Ray Rice so different from me that I couldn’t be accepted by the same prosecutor and judge? Is it that he was a pro athlete but I’m a single mother of two?”

Jay McKeen, public information officer for the Atlantic County prosecutor’s office, had no comment on the question posed by Allen.

Atlantic County prosecutor Jim McClain, who recommended Rice for the program, said in a statement, “After considering all relevant information in light of applicable law, it was determined that this was the appropriate decision.”

“To have her go through this is outrageous,” said Allen’s attorney, Evan Nappen. “It does raise dubious questions about (the PTI program). It just makes you shake your head.”

Nappen added, “The prosecutor has the discretion. That’s the bottom line. So pretrial intervention is absolutely something this prosecutor could have done for Shaneen but did not and chose to do so for Ray Rice.”