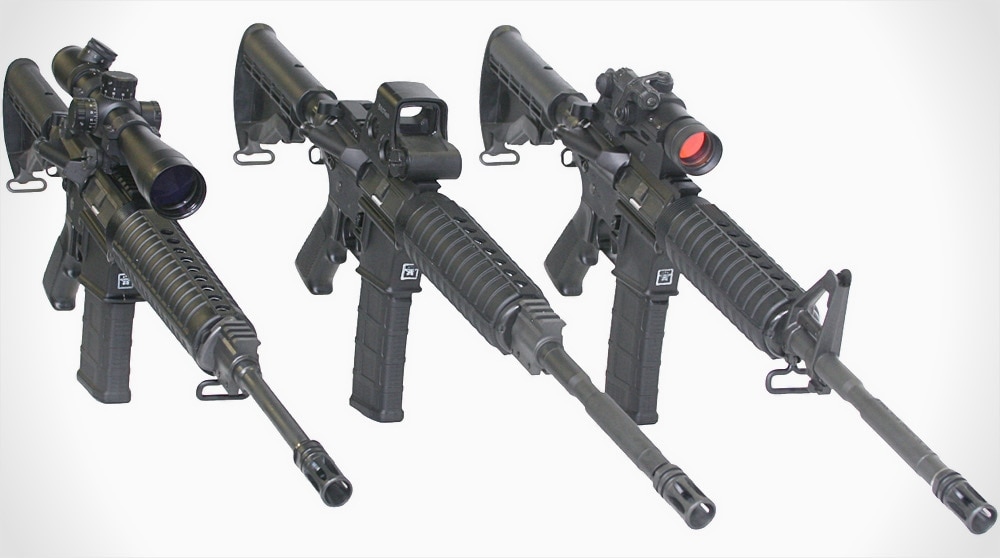 ArmaLite is happy to announce the addition of its Defensive Sporting Rifle series to its wide catalog of rifles. The series is launching with three different models, the DEF15, DEF15F and DEF10.

ArmaLite has always been competitive but with prices like these it’s clear their goal is to be the go-to name in the AR business — after all, AR stands for ArmaLite Rifle.

“These rifles represent ArmaLite’s commitment to our customers and the shooting community as a whole,” said Walt Hasser, Vice President of Product Management in a press release. “Our goal was to make legendary ArmaLite quality available at a previously unattainable price and we met that goal. We’re excited to see new shooters and new ArmaLite customers have an economically viable avenue into the AR community.”

As far as the rifles themselves go they’re configured as you’d expect the average entry-level AR. The DEF15 and 15F are 16-inch carbines with M4-profile barrels and carbine-length gas systems. The only difference between the models is the front sight gas block. The DEF15 has a gas block-height railed block and the F model has a standard F-height fixed front sight block.

The DEF10 has a mid-length gas system and is only offered with a gas block-height railed gas block.

Like many low-cost options these rifles are “optics-ready” and do not come with sights or optics, leaving that spending decision up to the user.

They are all built to MIL-SPEC or better and built with hard-anodized 7075-T6 alloy aluminum receivers. The DEF15 rifles have 16-inch chrome-lined chromalloy barrels that are factory double-lapped for accuracy and have 1-in-7 twists that are rated for ammo between 69 and 80 grains.

The DEF10 takes things up a notch with its barrel, replacing the chrome lining with a harder, smoother Melonite finish. The barrel has a 1-in-11.25 twist that’s optimized for 168-grain bullets but rated for 150- to 175-grain bullets.

And while they’re finished with familiar A2 handguards, buttstocks and flash hiders, all DEF rifles have single-stage triggers and are sold with Magpul PMAG magazines.

Tommy Thacker, ArmaLite’s president, said “I am proud of what our product and engineering teams have been able to accomplish in a short period of time. The Defensive Sporting Rifles series is the first of many new products to come from ArmaLite.”

We look forward to seeing what they have in stock for the future. For more details and specifications visit the new DEF series product page.