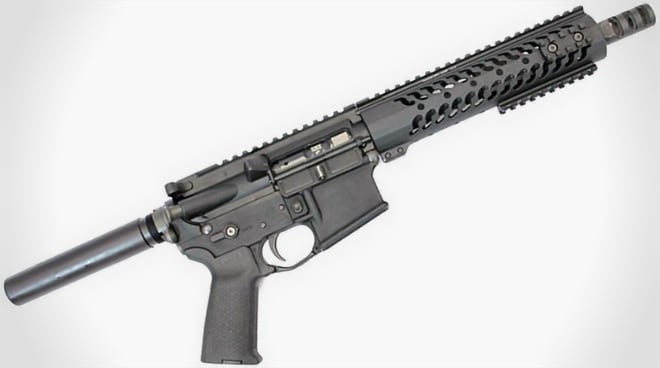 Adams Arms is taking pre-orders for their newest line of AR-15 pistols chambered for 300 AAC Blackout. They are offering the pistols in two different lengths and they of course use Adams’ proven gas piston system.

This follows on the heels of the announcement of rifles and uppers by Adams Arms in 300 BLK. 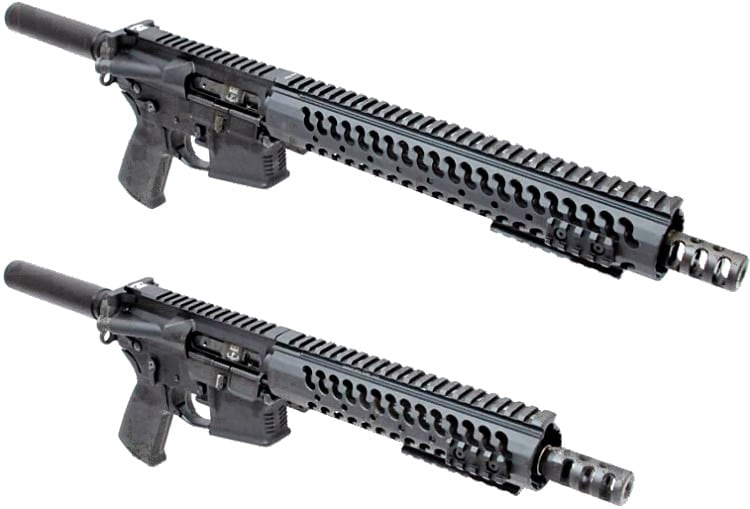 They’re patterned off the newly-released Evo Upgraded rifles but are built with pistol buffers and shorter barrels and handguards. The pistols are offered with 9.5- or 12.5-inch barrels.

Like most rifle-inspired pistols these days it’s begging for an arm brace or cheek piece to complete the look and improve shootability.

Based on MIL-SPEC 7075-T6 hard-anodized alloy aluminum receivers, they are completed with 4150 cromalloy steel with a Melonite finish. The hard nitride finish is preferable to chrome lining for improved accuracy and wear resistance. The barrels are threaded for 5/8-24 muzzle devices. 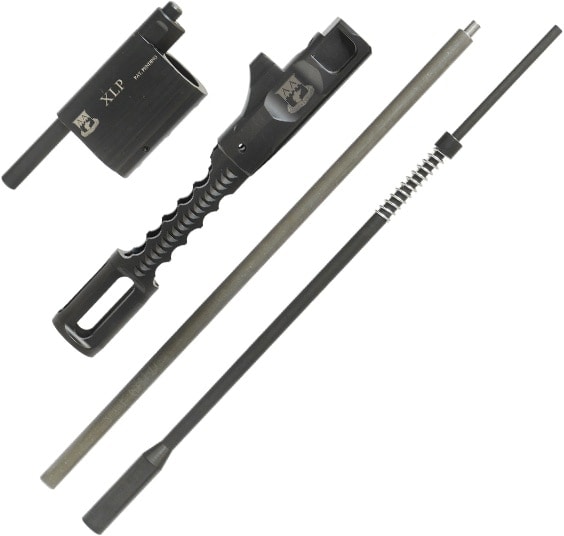 Adams Arms very recently released the XLP gas block to work with a wide variety of handguards and rails. Because of the short-stroke design of the gas system, the barrel remains free-floating with the Samson rail.

Additionally the updated gas system now has a five-position gas regulator to tune the rifle for use with lighter recoil assemblies and suppressors. With so many 300 BLK users running suppressed rifles and pistols the adjustable gas block will be a lifesaver for reliability and “gas to the face” issues that can crop up with relatively dirtier direct impingement rifles.

While 300 BLK has been made famous with suppressed sub-sonic loads its supersonic performance is excellent and because of the larger bore diameter doesn’t sacrifice as much muzzle velocity when fired out of short barrels.

Even with the shorter 9.5 inch barrel muzzle velocities will be reduced by only about 10 percent of what 300 BLK makes out of a 16-inch barrel. With 300 BLK, short barrels aren’t problem. 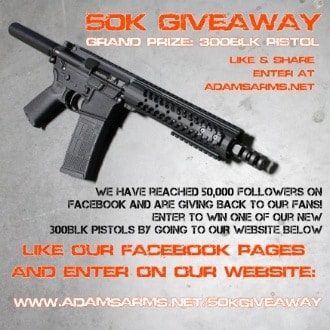 With full-power loads 300 BLK is comparable with 7.62x39mm energy levels and have a similar flight path. The aftermarket for 300 BLK-specific accessories is firmly established and optics calibrated for the cartridge are available at all price points.

Being higher-end pistols they have a list price of $1,604, but as always, we expect real-world prices to be several hundred dollars lower. They are expect to be available this October.

But one lucky person won’t have to pay a thing for a pistol of their choice. Adams Arms is celebrating a milestone by getting 50,000 followers on their Facebook page by giving away one of its all-new 300 BLK pistols. To enter the sweepstakes hit this link. Customers who pre-order a pistol will automatically receive 25 extra entries for the drawing.

For more details and specifications about these and other 300 BLK products by Adams Arms visit the product page.