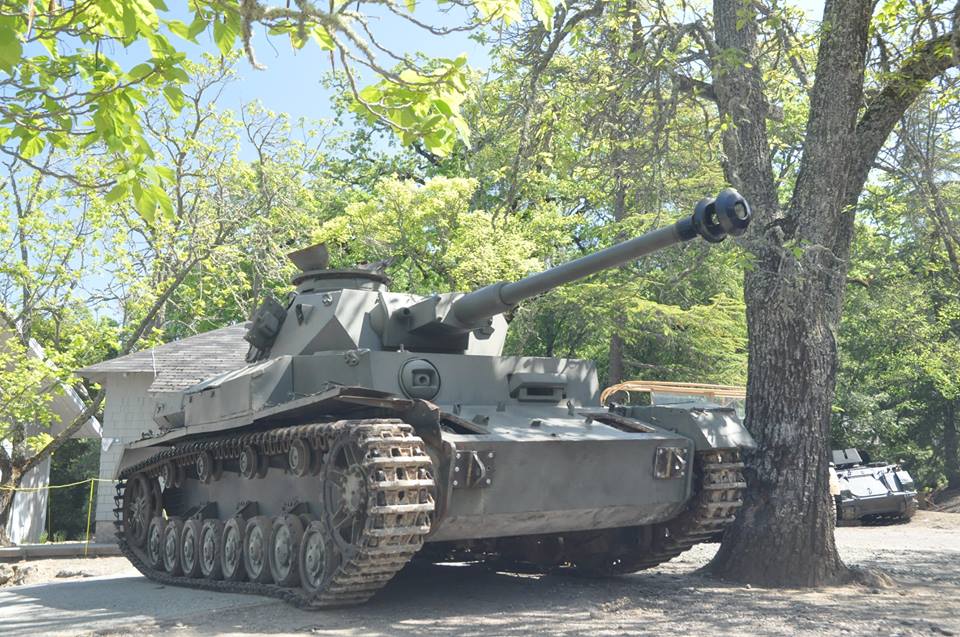 The Littlefield/Collings Panzer IV that Paul Allen wants bad enough to sue for after his $2.5 million offer was turned down (Photo: Facebook )

Paul Allen, the Microsoft co-founder who recently chipped in $500,000 to back a gun control proposal in Washington state, is now catching flak for buying a World War II Nazi tank.

The tank in question, a Panzerkampfwagen IV Ausf. H, commonly referred to as a Panzer IV, was allegedly sold in July for $2.5 million to a foundation tied to Allen. However, attention over the deal, which is now tied up in a lawsuit over non-delivery, has now earned Allen the scorn of gun rights groups when compared to the tech pioneer’s half-million dollar donation to help push gun control ballot initiative I-594.

“While Paul Allen is eager to get his hands on a genuine weapon of war … he is all-too-willing to support a measure that throws obstacles in the way of law-abiding citizens who may just want to borrow or buy a firearm from a friend or in-law,” said Alan Gottlieb, chairman of the Citizens Committee for the Right to Keep and Bear Arms, in a statement Friday. “How silly is that?”

Allen, best known for being one of the co-founders of Microsoft, is also the owner of the Seattle Seahawks and Portland Trail Blazers, as well as being a philanthropist. According to his website, Allen has donated millions to causes as diverse as an elephant census, artificial intelligence development, and, most recently, $9 million to help fight Ebola.

One of his philanthropic foundations, Vulcan Warbirds, which leases its aircraft to the non-profit Flying Heritage Collection, is the group that purchased the Panzer. The collection, besides American, British, Russian and Japanese artifacts, also includes other German World War II-era armored vehicles.

“Warbirds has been seeking to find a Panzer IV Tank for over five years,” reads the lawsuit to obtain possession of the tank, for which the foundation wired $2.5 million after the July auction. “Panzer IV Tanks are extremely rare and rarely are available for sale. Once acquired, the Panzer IV Tank will be on display at the museum.”

According to Achtungpanzer.com, a history site dealing with German World War II tanks, the Panzer IV was the most numerous German tank of the war and made up the bulk of both regular army and SS panzer units. The majority of tanks opposing the Allied landings at D-Day, for instance, were Panzer IVs. The same type of tank also made up two companies of Kampfgruppe Peiper, the SS unit implicated in the massacre of 84 captured U.S. soldiers at Malmedy during the Battle of the Bulge.

The example Allen’s foundation contends to have purchased, served in the German Army in World War II, then was sold to Syria and captured by Israel in 1967. It later became part of the immense 240-tank collection of Jacques Littlefield, perhaps one of the most comprehensive assembly of armored vehicles in private hands.

With Littlefield’s 2009 death, the collection was donated to the Massachusetts-based Collings Foundation who sold the Panzer at auction to help build a $10 million museum to house the vehicles they are keeping. According to statements from the Collings Foundation, they now consider the rare Panzer, of which there are only 38 left in the world, to be “core to their collection” and are not going through with the sale.

However, Gottlieb, whose gun rights group recently merged with Jews for the Preservation of Firearms Ownership, is not impressed with the Allen’s efforts to litigate over the issue and sees it as a powerful contrast to the philanthropist’s stand on I-594.

“Tanks appear to be exempt under the gun control measure because they’re not specifically mentioned anywhere in those 18 pages,” he explained. “So, Allen wouldn’t have to go through a background check. But who needs a tank to go duck hunting?”