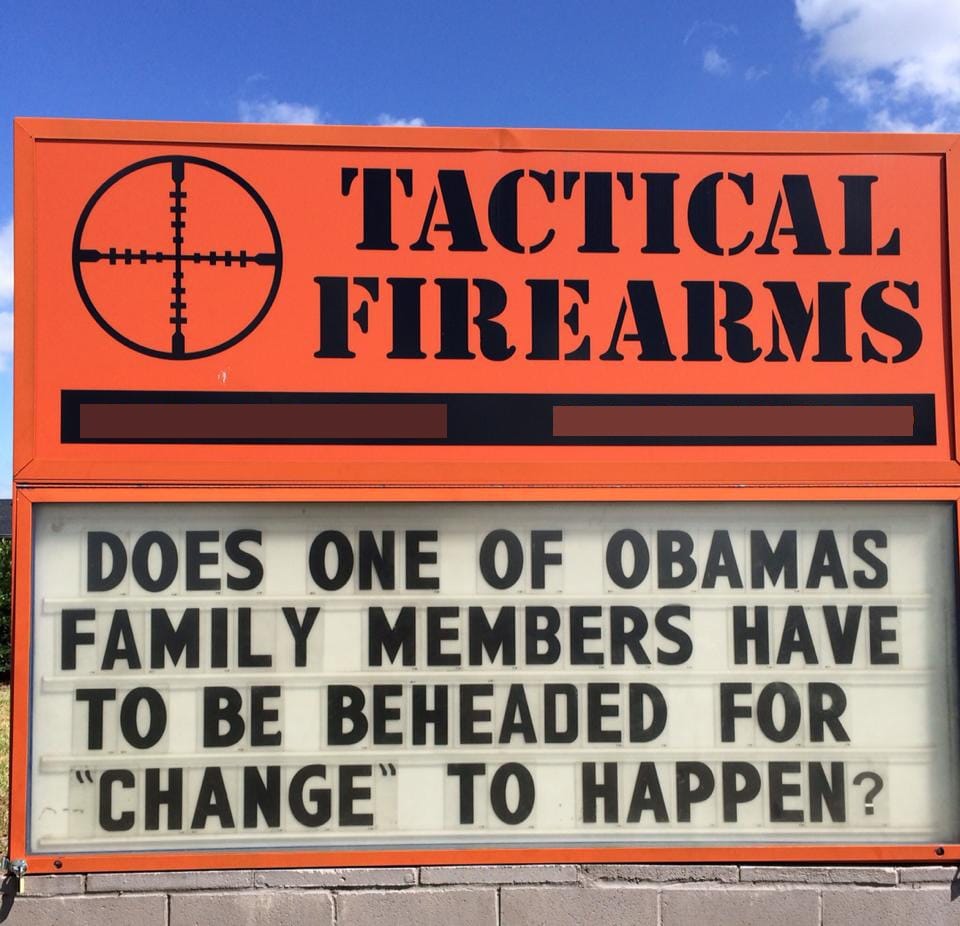 Marquees are often used by businesses to grab the attention of people passing by, and while one Houston gun shop is doing just that, some say the decidedly anti-Obama message is a bit much. And it’s not the first time the shop has seen controversy over the messages on its sign either.

“I look and see what’s going on throughout the week, realize what’s an issue, what needs to be fixed, and if I think it’s important then that’s what I’ll voice my opinion,” Alcede explained.

The sign outside the shop, which is changed every Wednesday, currently displays, “Does one of Obama’s family members have to be beheaded for ‘change’ to happen?”

Opinions are split as to weather the marquee message is acceptable.

“I think as far as freedom of speech is concerned it’s protected, but it’s in pretty poor taste,” said area resident Marco Romero.

However, another resident, Shelley Dewey, told reporters she believes the sign displays the thoughts that others may have but are too afraid to say.

“It makes people stop,” she said.

Dewey, who moved to the area from Dallas about a month ago, added, “When I saw that I was like, ‘Oh, this is why I love Houston.’”

Alcede sees nothing wrong with the sign and for families who might be offended as they drive by, he suggests using it as a teachable moment.

“You should show them the news and say this is reality kids. Beheadings happen, but they shouldn’t,” Alcede said.

But this isn’t the first marquee message that has left eyebrows raised and heads turned. In fact, the gun shop has a history of displaying anti-Obama messages.

Among some of the prior messages was, “I like my guns like Obama likes his voters — undocumented.”

While another sign read, “Guns are cheap compared to Obamacare and have better coverage.”