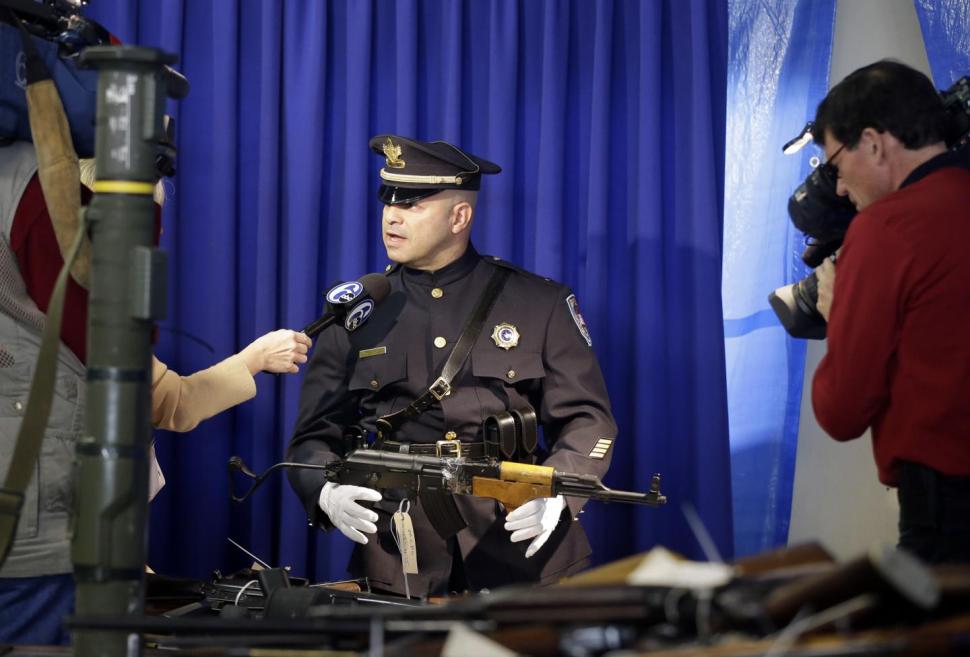 Garden State lawmakers in the New Jersey Assembly passed a bill Monday that would allow for an expansion of gun buyback programs, using public funds to reduce the number of firearms in circulation.

Under the measure, the attorney general would be directed to conduct nine ‘no questions asked’ gun surrender events in various regions across the state. The bill, introduced by Assembly Democrats in March, easily passed the lower house of the state legislature on a 53-22 vote this week.

“We realize a gun buyback program alone will not eliminate gun violence, but it can help enhance public safety by reducing the number of firearms in circulation,” Assemblyman John McKeon, D-Essex, the bill’s sponsor, told the Cliffview Pilot.

McKeon’s bill, A2895, would direct the state Attorney General’s office to conduct nine annual buyback events, three each in the northern, central and southern regions of the state. The measure requires that at least one program in each region be held in an urban area with a high crime rate.

The funding for these surrender-for-cash programs would come from forfeited funds in the state’s coffers, private donations made through an offsetting $2 million tax credit program, and other money made available to the attorney general’s office.

According to testimony earlier this year, acting Attorney General John J. Hoffman said that his office conducted ten gun buybacks in 2013. These events netted 16,000 firearms including 2,000 classified by New Jersey law as illegal weapons. The guns were purchased for up to $250 apiece using funds allocated from criminal forfeitures seized by Hoffman’s office.

The effectiveness of these programs is up for much public debate. For many gun owners, buyback programs are nothing more than ‘feel-good’ political schemes, void of civic merit, that create the illusion of enhanced public safety while, at the same time, wasting taxpayer dollars, and in the end are ineffective at reducing crime.

Jon Vernick with Johns Hopkins Center for Gun Policy and Research recently admitted that the guns typically received at the buybacks – revolvers and shotguns – aren’t usually the ones used in violent street crimes. However, Vernick did contend that unwanted guns removed from circulation could contribute to lower instances of accidental shootings over the past decade.

The New Jersey bill is now headed to the state Senate for further debate.