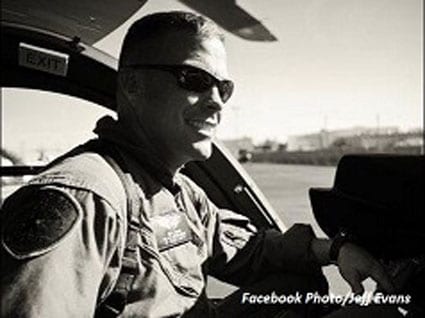 A Texas Department of Public Safety trooper said he was asked to leave a Grapevine Waffle House last week because he was carrying a gun, but the restaurant said it was all just a big misunderstanding.

When Jeff Evans walked into the Waffle House Tuesday morning, he was not dressed in a full uniform but rather a field uniform consisting of a polo shirt and tan pants. Evans also had his duty weapon on his hip and his badge on his belt, but according to a report by a local CBS affiliate, the restaurant’s manager only saw the gun, not the badge, and asked Evans to leave.

Evans complied, but later took to Facebook to voice his frustration over the ordeal.

“So I just got asked to leave the Waffle House in Grapevine!” the Facebook post read. “Apparently my Department Approved DPS Aircraft Uniform is not welcome there. I was asked to leave by the management and was also instructed not to return. They said it was because I was wearing a gun. I was in uniform, TXDPS Polo Shirt and Tan pants, with my badge visibly displayed on my belt. I explained to the manager that I am a state trooper and he said I still wasn’t allowed to have a gun in the restaurant.”

“Our police are here to protect us and they should be allowed to probably carry a gun into a restaurant or anything. And as long as they have identification, that should be fine,” said Grapevine resident Sally Morris.

Another resident, Nancy Ihle, agreed that law enforcement should be allowed to carry guns into the establishment. “As long as they have a badge, they can show a badge, there’s no reason that they can’t,” she said.

Waffle House spokesman Pat Warner said the whole thing was a misunderstanding and Evans should never have been told to leave.

“It is Waffle House policy to allow police officers to bring weapons into our restaurants. In this incident, the manager did not initially see the officer’s badge and should have handled the issue with more discretion,” Warner said in a statement. “We apologize to the officer for any embarrassment we may have caused him. Our corporate Director of Security has contacted the officer, explained our policy and apologized to him. We have also coached our team on how to better handle these situations.”‬