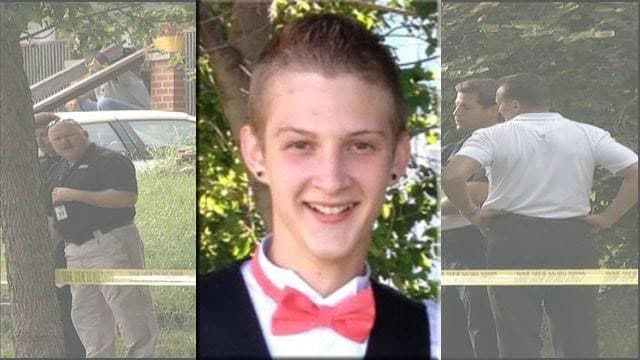 Although the damage is not yet known and it will likely be a long road to recovery, the family is optimistic of the Bryce Masters’ progression. (Photo: KCTV)

The FBI has opened an investigation into a weekend incident in Independence, Missouri, which left a 17-year-old boy in a coma after a seemingly routine traffic stop.

Bryce Masters was on his way to the home of Curtis Martes for an afternoon of playing XBox, but as Masters parked his car on the street in front of Martes’ home, officer Tim Runnels pulled up behind him because the tags on the car Masters was driving were associated with an outstanding warrant.

As Runnels approached the car, Martes had already noticed his friend parked in front of his house and watched the incident unfold.

According to an eyewitness account by Martes, Runnels went to the driver’s side of the car and instructed Masters to put down the window. However, Martes explained that the window was missing a cable and was not functioning correctly. Martes said he could hear Masters yelling to the officer that he couldn’t put the window down because it was broken.

However, according to a report from a local Fox affiliate, Runnels instructed Masters several times to get out of the car, but Masters refused and that’s what led to the altercation. Runnels said Masters resisted arrest and that’s when he used a taser on him.

Masters was tased while still in his car, and Martes and another witness, Michelle Baker, said Runnels then dragged Masters out of the car and dropped him on the concrete. It was then that Baker began filming the incident on her cell phone.

In the video, Masters can be seen lying on the ground, suffering from consistent convulsions. Nearly four minutes pass before another officer arrived on the scene – all the while, Masters continues to lie on the ground convulsing. Five minutes after Masters was shot with the stun gun, paramedics arrive.

Baker described how when they turned Masters over his head was limp and blood was coming out of his mouth. Masters was transported to a local hospital where he was placed in a medical induced coma.

Masters suffered from “severe acute oxygen deprivation to the brain as a result of cardiac arrest.” It’s believed that Masters’ heart stopped when he was tased and it is the length of time he went without oxygen to his brain that has Masters’ family concerned.

Doctors were successful in waking Masters from the medically induced coma Wednesday. He spoke briefly with his family and, although he remains in ICU, his condition has be upgraded from critical to serious. Masters is also now suffering from pneumonia and secondary infections.

The Independence Police Department maintains that Runnels acted appropriately and followed protocol, but nonetheless, the FBI has launched its own investigation into allegations of excessive use of force.

“Because of significant inconsistencies between public statements made by the Independence Police Department and information made available to the family in the form of statements of eyewitnesses and video and audio footage of the occurrence, the family has asked the United States Department of Justice to conduct its own investigation into these tragic events,” an attorney for the Masters’ family said in a statement.

Authorities confirmed that the car driven by Masters did not belong to him and the warrant was not for him.

Runnels is on leave while the incident remains under investigation.