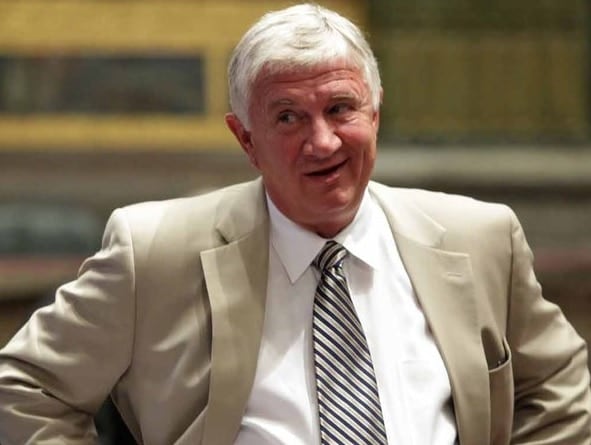 A bill in the Pennsylvania state Senate Tuesday drew over two hours of testimony on both sides of the divisive issue of giving school boards the option of allowing licensed and trained staff to carry firearms on school property.

The measure, introduced by Republican lawmakers, would place the ultimate decision of whether or not to allow faculty to carry concealed handguns not on the legislature’s shoulders, but on those of the state’s school district leaders. While not mandating a school’s participation in any armed educator program, it does place some requirements on those that do. Current state law prohibits all firearms on campus, with the only exception being for law enforcement.

“To be clear, this bill is not about the Second Amendment,” explained Sen. Donald White, R-Indiana, in a statement. “It’s about permitting the 500 school districts of this Commonwealth to have greater choices when it comes to protecting our most precious resource – our children.”

White’s simple two page act, officially designated as SB1193, would allow the Keystone State’s 500 school districts the discretion to set up local policies on staff access to firearms on school grounds. The only caveats in the bill are that school employees must first have a current concealed carry permit and a valid certification in the use of the firearm from a list of state-approved law enforcement standard courses.

Some senate Democrats have fierce objections to the bill. Sen. Anthony Williams, D-Philadelphia, contends that the legislation is a rush to arm people as a solution to the problem of gun violence.

“We think a bullet and a gun is going to solve that, and I frankly think that that’s an overreach for a very complicated layer of issues that we wrap up in the murder of a child,” Williams said.

While the Pennsylvania School Boards Association is neutral on the bill, educators have taken sides both for and against the measure.

Another, Cumberland Valley School District Superintendent Fred Withum, argued that teachers could have problems adding another task to their daily workload.

“I don’t see how a teacher, particularly in a crisis situation, is going to easily change from one hat to another and make good, fast decisions consistently without that training and experience,” Withum said.

The subject of arming teachers has been a hot-button issue since the 2012 Sandy Hook school shooting. Advocated by the National Rifle Association just weeks after the incident, some 18 states currently allow the practice. Teachers in Utah have been able to carry concealed in that state for a decade. Even in generally pro-gun control California gives teachers with a valid concealed carry permit the right to bring their guns to work.

Recently, Ohio and Nebraska have pushed legislation to likewise give approved teachers the authority to carry on school grounds.

These bills have proved so popular, in fact, that last week Missouri’s senate approved in a super-majority to override Gov. Jay Nixon’s veto of SB656, which allows teachers and other staff who have undergone training to carry firearms on school property.

Pennsylvania SB1193 is currently in the Senate Education Committee.

Should the decision to arm teachers be up to lawmakers or the school districts? Tell us your thoughts.