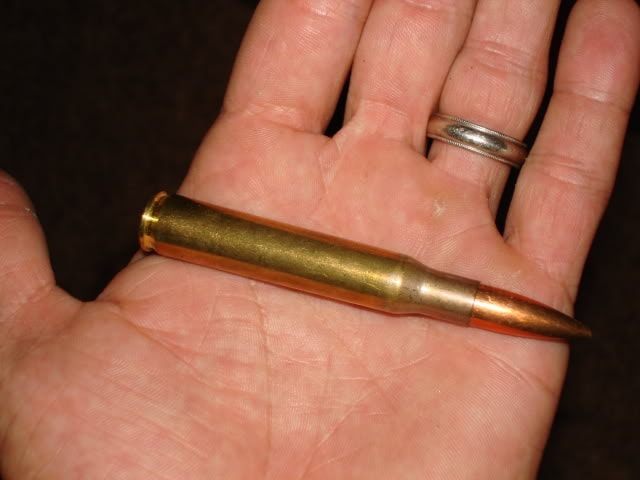 Traditional 30.06 ammo, such as this round, could be illegal for California hunters soon. (Photo: CMP)

Industry groups presented a study on the economic impact of California’s ban on the use of traditional lead ammunition in hunting, citing that the legislation could triple ammo prices and force hunters out of the sport.

The National Shooting Sports Foundation compiled the 15-page study with Southwick Associates, a fish and wildlife market statistics and economics researcher, and presented it before the Wildlife Resource Committee of the California Fish and Game Commission at a public hearing in Sacramento on Wednesday.

The report focuses on the economic impact of the now-enacted Assembly Bill 711 on hunters, retailers and manufacturers as well as its effect on the Golden State overall. The bill, signed into law in 2013 and scheduled to be phased in over the next five years, largely bans traditional lead ammo in many areas.

The effects will be dire and could include as many as a third of the state’s sportsmen hanging up their guns due to a huge increase in ammunition prices, which are expected to rise more than three-fold, the report argues.

According to Southwick’s researchers, a ban on traditional lead-based ammo would dramatically raise the price of factory-made cartridges on rimfire and centerfire ammo by as much as 284 percent and shot shells by an amazing 387 percent. Worse, since alternative non-lead ammunition, such as steel and bismuth loads, only makes up a small percentage of annual production — in some calibers as low as 0.5 percent — there could be wide-spread shortages in traditional loadings for California hunters.

With the nation’s ammunition producers already struggling to keep up with current demand, the study had grim predictions for the ability to further increase manufacturing capabilities to meet a new one. For instance, it found that, “8mm demand in California will exceed the entire production of U.S. alternative 8mm rounds by 1,094 percent.”

This, according to the study, could result in the loss of more than 1,800 hunting-related jobs statewide due to an estimated 51,000 hunters no longer participating in their once-chosen sport. The economic damage because of this loss would be over $80 million in lost wages and tax revenue.

“In summary, prohibiting use of alternative ammunition will have significant effects on the state economy, wildlife conservation, and hunters’ ability to enjoy the outdoors,” reads the study.

Assembly Bill 711, passed in 2013, requires the complete ban on traditional ammunition for hunting in California by July 1, 2019.