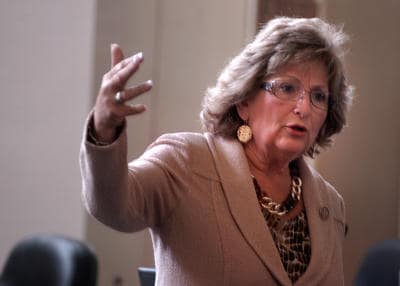 Rep. Diane Black (R-TN) is co-sponsoring a bill to prohibit the ATF from collecting race and ethnicity questions during over the counter firearms transactions. (Photo: Tennessean.com)

The measure, sponsored by Reps. Diane Black (R-TN) and Ted Poe (R-Texas), would place a prohibition on the Federal government’s current practice to require race or ethnicity to be disclosed during the transfer of a firearm. This comes after an article in the Washington Times earlier this week brought attention to the practice, quietly implemented two years ago by the ATF, of mandating that patrons buying or receiving a gun select a series of questions on Form 4473 to better identify their race and whether or not they are Hispanic.

“This requirement by the ATF is highly intrusive and unnecessary,” said Black in a statement released Thursday. “Failing to adhere to this requirement by not checking all of the correct boxes on the 4473 Form is considered an ATF violation that can be so severe as to result in the gun dealer being shut down for having incomplete purchaser forms. This is causing a headache for many firearms retailers and this commonsense legislation would simply stop the federal government from requiring businesses and consumers to comply with this ‘race and ethnicity standard.”

The new bill, termed the Freedom from Intrusive Regulatory Enforcement of Arbitrary Registration Mandates Act, or FIREARM Act, is a simple two-page piece with a single tenet: “The Federal Government may not require any person to disclose the race or ethnicity of the person in connection with the transfer of a firearm to the person.”

Currently failing to adhere to answering these questions, which cannot be skipped, can lead to a non-transfer, and the possibility of fines and imprisonment.

Form 4473 is filled out upon any over the counter firearms transaction conducted through one of the ATF’s 139,000 Federal Firearms License holders. On the form, since April 2012, individuals receiving a firearm have had to select on Question 10a, whether they were Hispanic or Non-Hispanic. Then, on the follow-up Question 10b, they had to check one or more boxes for American Indian or Alaskan Native, Asian, Black or African American, Native Hawaiian or Other Pacific Islander, or White.

Older versions, adopted in 1998, simply had a blank box on Question 4 for the transferee to write in their choice. In 2005, during the administration of President George W. Bush, the form was updated to ask the same race and ethnicity information as the current form, just in a single-part question format.

According to the release from the Congressmen sponsoring the legislation, the ATF’s justification for questions can be traced back to the standard for the classification of Federal data on race and ethnicity implemented by the Office of Management and Budget in 1997. However, there is no federal law requiring this directive.

“This is an intrusive and unnecessary requirement. As long as the gun is purchased lawfully, race or ethnicity should be irrelevant,” noted Rep. Poe.

The FIREARM Act is expected to be introduced to the U.S. House in coming days.