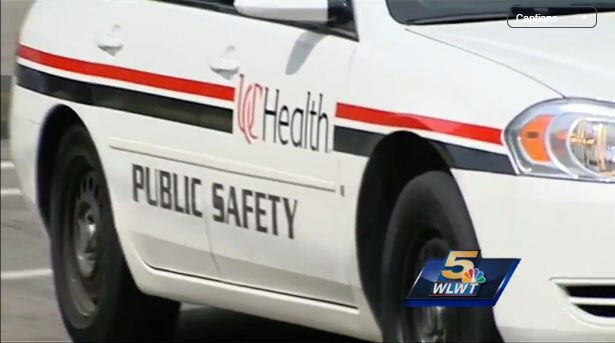 It’s unknown if the victim was carrying his duty weapon or a personal firearm at the time of the robbery. (Photo: WLWT)

A man who was the victim of an armed robbery in Cincinnati late Tuesday night fought back against his assailant when he pulled out a gun of his own and opened fire.

It was just after 11 p.m. when the 60-year-old victim said a man, who appeared to be in his teens, approached him, aimed a gun at him and demanded his wallet. According to local media, the victim, who has not been publicly identified, is a security guard for UC Health, has a valid concealed carry permit and he was also carrying a gun that night.

After handing over his wallet, the victim pulled out his handgun and demanded the suspect drop his weapon. When the suspect refused, the victim then fired several shots at him.

At the time, the victim was unsure if he had struck the suspect, but he knew the car the suspect drove off in had been hit.

A short time later, two separate people showed up at area hospitals suffering from gunshot wounds. A 17-year-old male came in to be treated for a gunshot wound to the thigh. According to the teen, he was simply outside playing basketball at a nearby elementary school when he got shot.

The second gunshot victim was an 18-year-old woman who was suffering from a gunshot wound to the right side of her head. Although the bullet had skimmed her head, it avoided penetrating her skull. The woman claims she was walking down the street when she realized that she had been shot.

Both the teen boy and the woman showed up at the hospital around midnight, after the robbery had occurred. Both are expected to make a full recovery and authorities are attempting to investigate whether the two may be involved in the robbery, but neither are cooperating with police.