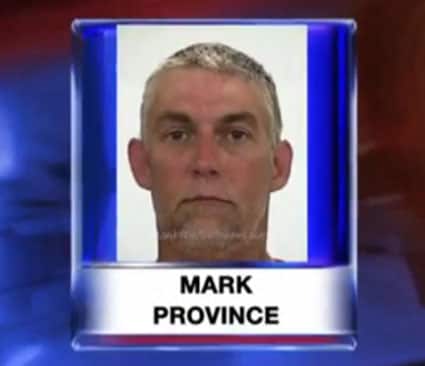 According to local law enforcement, Mark Province had a history of violence. (Photo: KTVZ)

A Metolius, Oregon, couple is mourning the loss of their son after a tragic turn of events Monday night in which the father fatally shot his own son, claiming it was self-defense.

According to local media, 45-year-old Mark Province was intoxicated when he kicked in the door to his 72-year-old parents’ house around 11 p.m. and began assaulting them. The mother, Mary, then hid in a bathroom and called 911, while the father, Roger, continued fighting with their son.

At some point Roger fired two shots from his .38-caliber and struck Mark a single time in the chest. When officers arrived at the home a short time later, Mark was pronounced dead.

No one else was present in the home during the altercation. Jefferson County Sheriff Jim Adkins said no arrests have been made and the couple is fully cooperating with authorities.

Adkins pointed out that although Mark was unarmed, it appeared that he was still a great threat to his parents.

“I think Mark Province is 6-foot, 240 pounds, while the mom and dad are 72-years-old and frail,” Adkins said, adding that Mark was well-known to law enforcement with a history of domestic violence.

“We’ve been dealing with Mark for a very long time, his aggressive and abusive behavior. … I had a deputy last night telling me he dealt with him 15 years ago,” Adkins said.

Mark’s most recent stint with law enforcement stemmed from assault, assault in front of his child and harassment. He was also charged with strangulation in a prior incident, as well as a previous DUI.

“When he gets in one of his rages, you all just better watch out,” said Heather Stewart, whose sister has a child with Mark. “I believe if he would have gotten his hands on one of them, they would be dead today, and not Mark – that’s my personal opinion,” she added.

Nonetheless, Adkins said, “Mom and dad are devastated over this whole thing.”