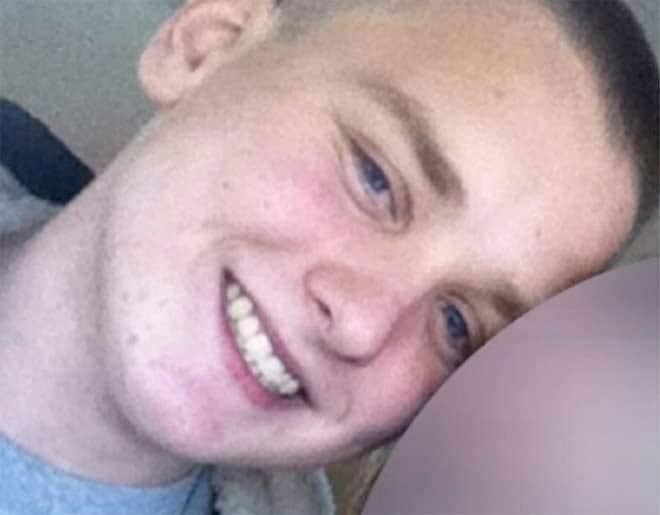 Reb Barbee was a senior in high school who was enrolled in a welding a fabrication class. (Photo: ABC)

Three teens face murder charges following an early morning break-in at a home in a Galloway, Ohio, after their friend was shot and killed during the incident.

Just after 4 a.m. last Sunday, Reb Barbee, 17, made his way into the home through a second story bathroom window with the help of his friends, Adam Pickens, 18, and Brandon Hamilton and Tyler Blazer, both 17, the local ABC affiliate reported. As Barbee entered the home, the other three teens kept watch outside.

But the homeowner, Heather Tackett , was awakened by the break-in. Tackett grabbed a .38 revolver and went into the living room where she discovered Barbee, wearing an Insane Clown Posse mask and holding a knife, standing over her 17-year-old son, Jacob.

Tackett yelled at the intruder before firing a single shot. Barbee fled from the home and, although Tackett didn’t know it at the time, he had been struck in the back by the bullet.

Upon discovering that Barbee had been shot, the three teens grabbed an office chair and wheeled Barbee back to his house, about a half mile away. The teens tried to stop the bleeding, but were unsuccessful and called 911 about an hour after Barbee had been shot.

When deputies arrived a few minutes later, Barbee was transported to a local hospital where he was pronounced dead. Due to their involvement in the crime, the three teens are now facing murder charges for Barbee’s death, as well as complicity to aggravated burglary. Hamilton and Blazer are being charged as juveniles, while Pickens is being charged as an adult and currently is being held on a $250,000 bond.

“If they would have got him help, we wouldn’t be talking about murder charges,” Franklin County Sheriff Zach Scott said. “It was a bad decision on top of a bad decision.”

Tackett said she didn’t call 911 because she didn’t think she hit the intruder, who she later discovered was no stranger, but in fact was a former friend of her son. Tackett said her son stopped hanging out with Barbee about a year ago because he didn’t like the activities in which Barbee was becoming involved.

“I am devastated,” Tackett said. “I really liked that kid and I was really good to him, and it breaks my heart he’d enter my home like that.”

Tackett said she would have called if she had known she hit him and had she known it was her son’s former friend the incident may have played out differently altogether.