Younger people, city-dwellers and females are quickly becoming the faces of target shooting, according to numbers released last week by the Connecticut-based National Sports Shooting Foundation.

Females made up 37 percent of new shooters and only 22 percent of experienced trigger fingers during the five-year period. New target shooters also got a start later in life — some 77 percent of them didn’t pick up a gun for sport until after the age of 18. Just 19 percent of established shooters were older than 18 when they first took aim.

The average age of new shooters — those with five years or less under their belt — was 33, while those with more than five years of shooting experience averaged 43 years old. More urban or suburban area shooters tended to be new, with 47 percent of them representing that group. Only 34 percent of experienced shooters lived in or near an urban area.

TELL US: How old were you when you first started shooting? 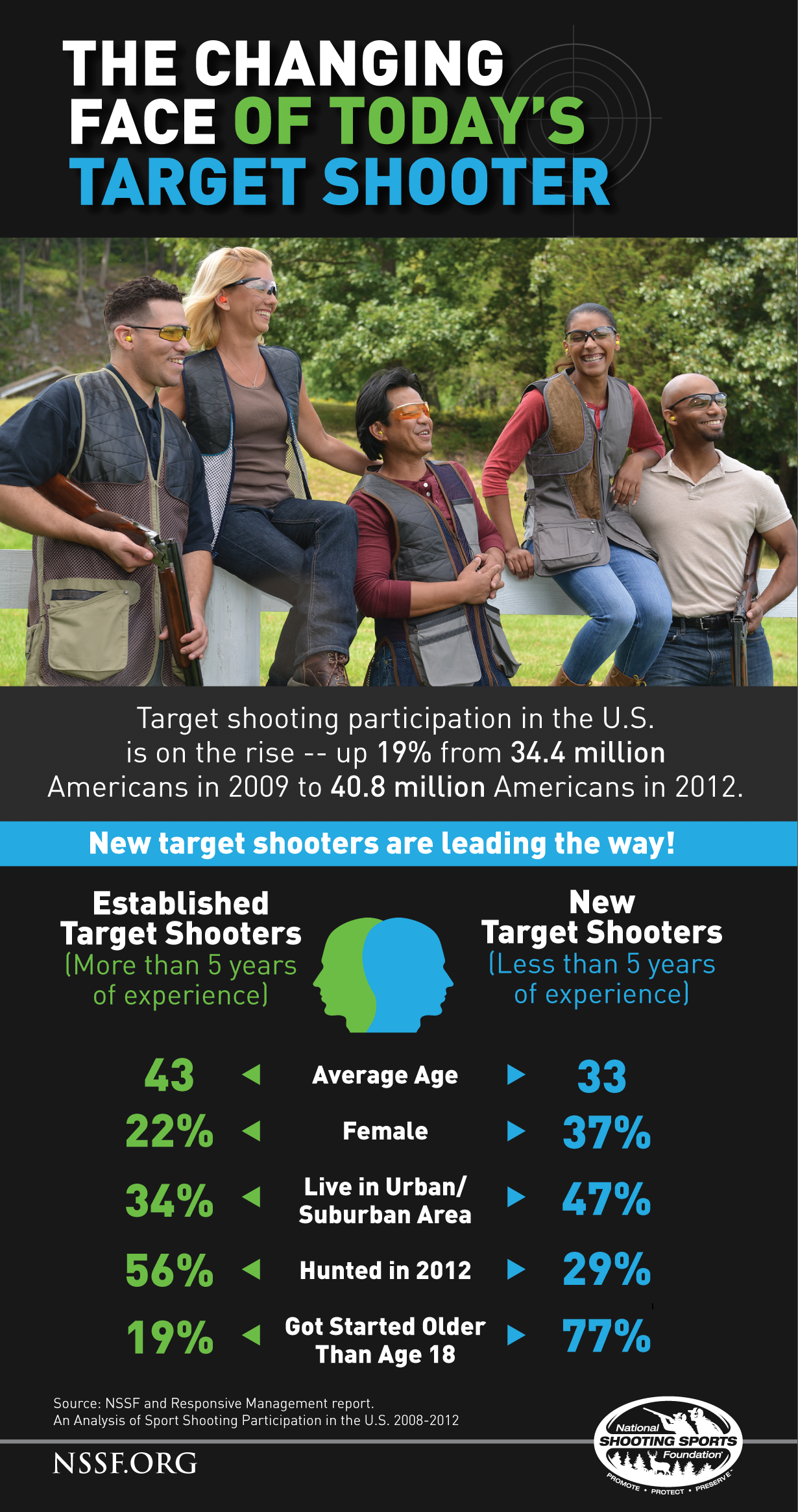