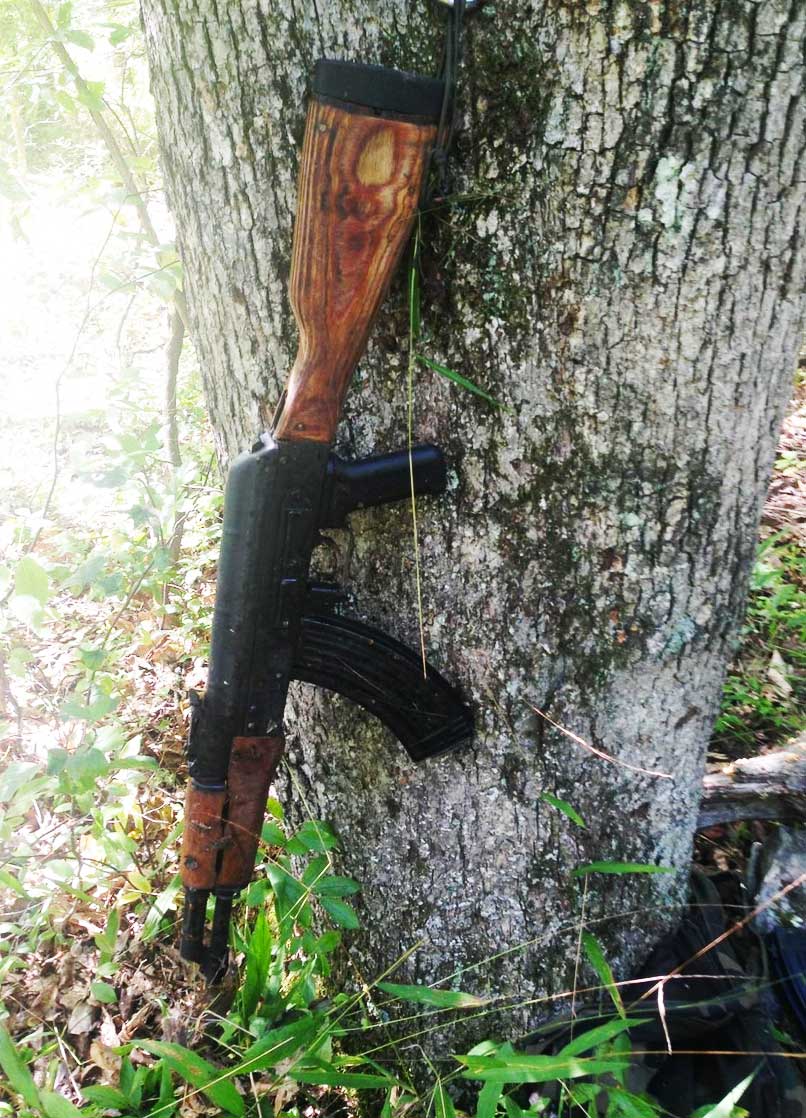 Police found an AKM semi-automatic rifle either stashed or abandoned during the manhunt for Eric Frein. (Photo: Pennsylvania State Police)

A gunman who allegedly killed one Pennsylvania state trooper, injured another and triggered a statewide manhunt may have left some telling clues behind in his attempts to evade capture, authorities announced Sunday.

Trackers found several items — including a military-style rifle and ammunition — that the suspect, Eric M. Frein, 31, may have abandoned or stashed before moving on, Lt. Col. George Bivens said.

Police could have a difficult time locating Frein, an outdoor survivalist, amongst the 250 square miles of dense forest near Canadensis that he may be inhabiting, but authorities remain optimistic.

“We are pushing him hard,” Bivens said. “We believe we are closing in on him.”

Frein, now one of the Federal Bureau of Investigation’s 10 most wanted fugitives, was no stranger to shooting. The suspect has been described as a marksman. He was on his high school’s rifle team, he was an Eagle Scout and also participated in military re-enactments where he and others dressed as Eastern European soldiers, according to police. Frein also worked as an armorer’s assistant for a film production company in New York.

Police have circulated several photos of Frein dressed in camouflage as a Serbian soldier and holding an AKM semi-automatic rifle. Authorities said Frein has assumed the role in real life and believe he’s still in possession of a .308-caliber rifle with a scope, which has been linked to the Sept. 12 ambush on the Blooming Groove barracks that left Cpl. Bryon Dickson dead and trooper Alex Douglas wounded.

Several shell casings were found in a Jeep stuck in a pond a few miles from the station. Police believe Frein could have traveled 15-20 miles on foot from where the jeep was abandoned.

It is unclear whether Frein was dressed in a camouflage uniform during the attack. Bivens believes, however, the suspect had been surveilling the police station “for an extended period of time” and changed his appearance prior to the attack. 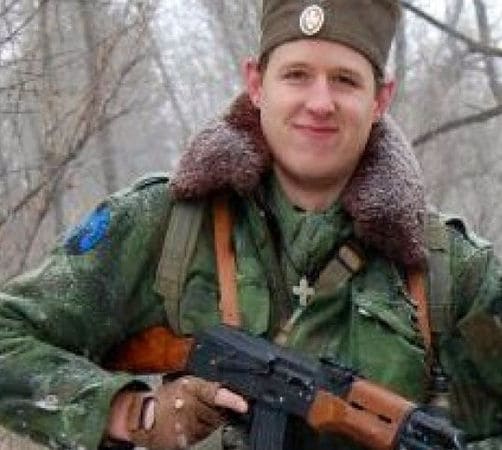 Police said Frein was a part of an Eastern European group that participated in military reenactments. (Photo: Pennsylvania State Police)

“His hairstyle is completely different from the hairstyle he has worn for years,” Bivens said. “Investigators believe that this change was made as part of the mental preparation to commit this cowardly act.”

Frein stands at about 6-foot-1 and has close-cropped hair — almost a Mohawk, according to police. Though Frein hasn’t targeted any civilians, officials have asked residents to lock their doors, keep the lights on and stay out of the woods.

Hunters have been asked to review footage from their trail cameras and report any suspicious activity.