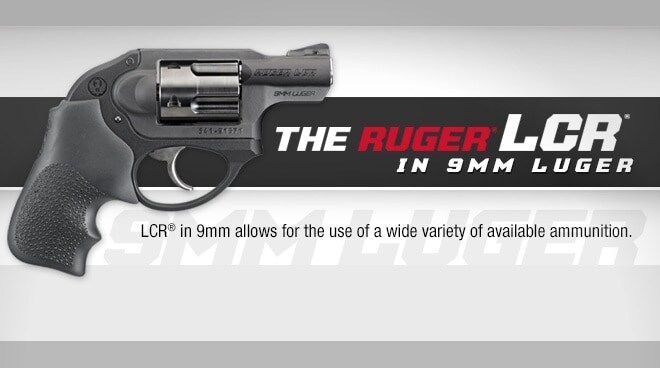 The Ruger LCR is hands-down one of the easiest-to-recommend snub-nosed revolvers in production and 9mm is without a doubt the most popular cartridge in the handgun market — and yet we can’t contain how excited we are about the just-announced 9mm LCR.

It seems like a “no-brainer,” but a 9mm LCR has been a long time coming, with some wondering if there would ever be a day when Ruger would drop this announcement. While 9mm is the most popular pistol round it’s been passed over almost completely in the world of revolvers.

A while back 9mm revolvers weren’t uncommon but none were successful for a handful of reasons. Self-defense 9mm loads weren’t as effective as they are today and the cartridge was seen, at least by many revolver shooters, to be under-powered and irrelevant in a market dominated by magnums.

Now millions of shooters depend on 9mm handguns for protection and magnum revolvers, particularly for self-defense, are getting less and less popular — outside of concealed-carry. 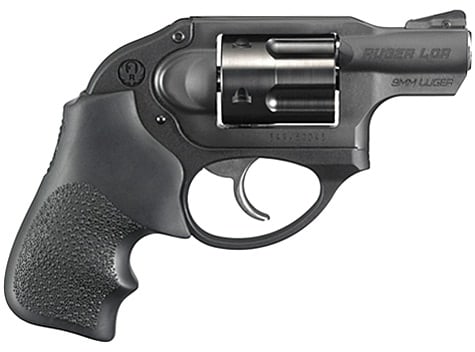 When it comes to daily protection, revolvers, snubbies like the LCR, are still go-to guns for people nation-wide.

Revolvers have staying power because they are manually-operated and critical for concealed-carry, have an organic shape that’s easy to hide. When the first rule is have a gun, people who carry revolvers are happy to have five rounds at the ready; carry-ability trumps capacity.

That’s why so many people love the LCR. Not only is it very easy to carry and conceal, it’s got a fine trigger, a huge amount of aftermarket support and thanks to a hybrid steel and polymer frame, very low felt recoil. That being said, even the heavy-framed .357 LCR is hard on the shooter when loaded with full-house magnums.

Many shooters will load up with .38 Special for practice and self-defense, as out of a 1.875-inch barrel, .357 Magnum can be blinding, deafening and bone-shaking. The drawback is that many .38 Special loads are soft, even self-defense loads.

Some shooters get around that with light .357 loads or over-pressure .38 loads, but most people have to choose a round for concealed-carry that’s either at the entry level for performance or so powerful that shooting the gun can pose a liability to the shooter.

Now is the time for 9mm to shine. With popular 9mm self-defense loads sitting at the mid-point between .38 SPL and .357 Mag., people have an option that offers more energy at the muzzle than .38 without the concussive force of .357.

And shooters who consolidate on 9mm have a fantastic concealed-carry revolver on the table. This is especially true for law enforcement and other agencies who only work with 9mm but don’t supply their officers with backup guns.

The 9mm LCR is built using a heavy frame and weighs just a hair over 17 ounces unloaded, just slightly heavier than the .357 Magnum LCR. Recoil won’t be an issue for all but the most sensitive of shooters.

It uses moon clips, which are proven to feed and extract reliably and reload extra-fast. Ruger will include moon clips with the revolvers, naturally.

Externally the 9mm LCR isn’t different than the other double-action-only LCRs and works with existing holsters, grips and aftermarket sights and lasers. It features the same fixed groove rear sight and matte black finish as all other LCRs.

Most importantly, it’s priced in-line with other LCRs with a suggested MSRP of $599, the same as the .357 Mag. LCR models. Real-world prices should be around $450, give or take, although at first the popularity of this new model might kick the price up a bit over established LCR models.

For complete details and specifications, check out the Ruger LCR product page.