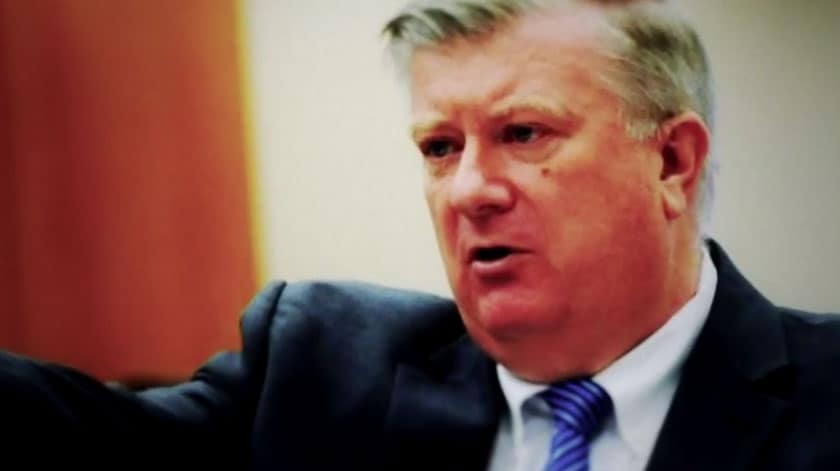 For almost a year, Atlantic County prosecutor Jim McCain has refused to reconsider the charges against Shaneen Allen, but last week reconsidered his position. (Photo: YouTube)

In a video released yesterday, the National Rifle Association called for revamping New Jersey’s draconian gun laws, cited Shaneen Allen as a “Crusader of Change,” and talked with representatives from Eagle Imports about how those laws are turning lives upside down.

“Whether you’re a gun owner or not, what’s happening to Shaneen is insane. This law is doing nothing but turning innocent people into felons,” said Michael Sodini, president of Eagle Imports.

“It’s unbelievable to me that for crossing a bridge with a pistol that you legally own, that you had a concealed weapons permit, that just because you crossed state lines you are going to do 10 years,” added Rafael Del Valle, the national sales manager for Eagle Imports.

Eagle Imports is the country’s leading marketer of Bersa firearms, the type of gun Allen carried when she was arrested last October after a routine traffic stop for a minor driving violation.

Allen, who had been robbed twice before she bought the handgun, was unaware that her Pennsylvania concealed carry permit was not valid in New Jersey. She willfully and without reserve told the officer she had a Bersa Thunder .380 tucked away in her purse, as well as a concealed carry permit. But Allen, a 27-year-old single mother of two, was arrested and is now facing felony weapons charges.

Allen’s story quickly circulated within the gun rights community, which scoffed at the state’s refusal to go easy on Allen. Nonetheless, the judge still refused to drop the charges, and Assistant Prosecutor Deborah Hay said Allen’s case is being used as an example, a “deterrent,” against this type of activity in the future.

Allen’s case will now go to trial next month and supporters have raised more than $60,000 to help pay for Allen’s legal fees.

“She really has nothing to lose by going to trial at this point,” Allen’s attorney, Evan Nappen, said last month. “This is someone who should not be turned into a felon and sent to state prison and have her life destroyed because she made a mistake and committed a victimless crime.”

However, earlier this month, Superior Court Judge Michael Donio and Atlantic County prosecutor Jim McClain came under scrutiny once again for allowing former Baltimore Ravens running back, Ray Rice, to enter into an intervention program to avoid jail time, while not allowing the same consideration for Allen. Rice was seen on video surveillance hitting his then-fiancee and now-wife, Janay Palmer, knocking her unconscious for several minutes. Some argue that the prosecution was unjust in allowing Rice to walk, while demanding prison time for Allen, a non-violent offender with no prior criminal record.

McClain has since said he will be reconsidering Allen’s case.

“I am presently in the process of reviewing our office’s position on the appropriate resolution of this matter,” McClain wrote in a letter to the judge last week.