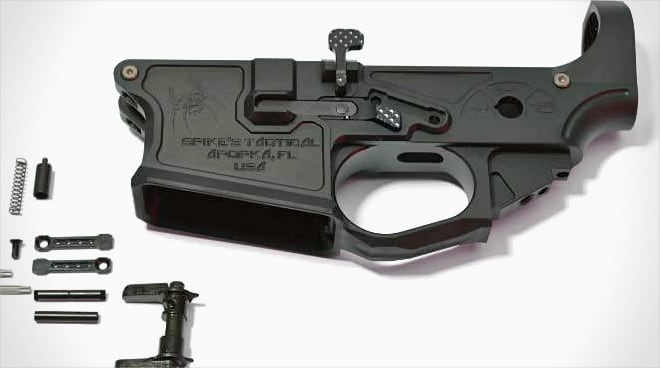 Spike’s Tactical is a well-respected manufacturer of MIL-SPEC and better AR rifles, parts and accessories and it’s announcing updated versions of two of its best-selling products: a second-gen DynaComp and Billet Lower AR-15 receiver.

The Gen 2 DynaComp is based off the company’s extremely-popular DynaComp, a stylish cylindrical compensator, with changes made based on four years of in-house and customer feedback to improve its performance and make it easier to install.

Starting with a new port arrangement, the Gen 2 DynaComp no longer has foreward-facing ports. The front of the compensator has been contoured to work as a stand-off device as well. 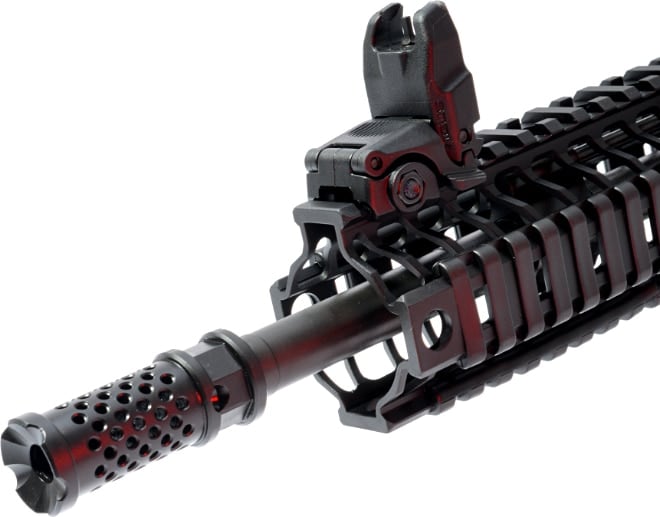 In changing the contour of the front cap the company was able to machine a cone on the interior of the compensator that catches gas blowing forward and redirects it out the sides of the comp. This adds to the recoil dampening and helps deal with muzzle flash, something the original DynaComp was known to have a good amount of.

A side benefit of the blast cone is that it also prolongs the life of the compensator. It is full-auto rated and should outlive most barrels.

Other changes include a redesigned nut with eight wrench flats to make it easy to get leverage on when indexing the compensator. The new device has index marks at the six- and 12-o’clock positions. The Gen 2 DynaComp has also been modified to eliminate pinching between the comp and the crush washer.

The Gen 2 DynaComp has been tested with barrels from 7.5 to 20 inches in length and Spike’s states that the performance is good across the board.

One nice final touch is that the Gen 2 DynaComp is pre-drilled for permanent installation on 14.5 and 14.7-inch barrels and each comes with an included pin for pinning and welding. With the Gen 2 DynaComp permanently attached it will bring 14.5-inch and longer barrels to the required minimum 16 inches for non-NFA-regulated rifles.

It is offered with a matte Melonite or satin nickel-boron finish for $110 and $120, respectively. 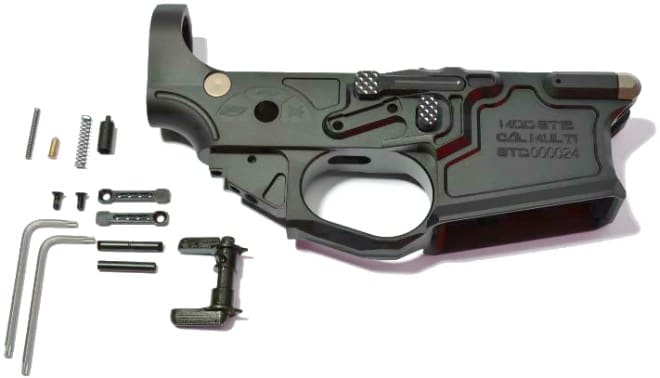 The new Gen 2 Billet Lower also has many small changes to it that makes it a more appealing product in general. The Gen 2 Billet Lower is a true fully-ambidextrous receiver with a lot of features not common to most lowers on the market.

It’s not a stripped receiver as it includes a handful of proprietary parts that are pre-installed including the magazine release and bolt catch, both of which have been modified to be ambidextrous.

It also includes a handful of extra parts including a KNS anti-rotation pin set that it is machined specifically for use with. The titanium take-down pins are also machined and pre-installed.

It doesn’t include a handful of more personal parts, including the buffer assembly, grip and fire control group. These decisions are usually best left to the individual user anyway.

Hard to see is a nylon-tipped receiver tension screw to eliminate slop between the upper and lower receivers as well as a set screw to adjust the trigger reset. Other small touches include an oversized, integrated trigger guard and flared magwell. All the cuts are chamfered to eliminate sharp edges.

If you’re thinking about building your next or your first rifle with this and other Spike’s Tactical hardware then check out the company’s website. It’s good to see a company take a second look at its popular products and try to find ways to make them even better.