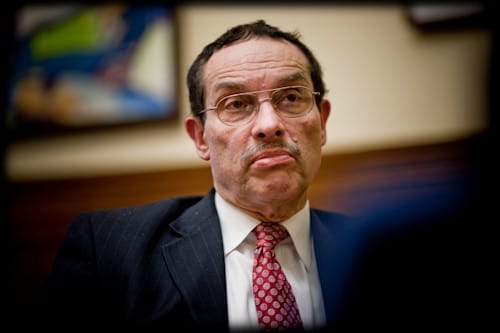 The District of Columbia passed one of the strictest concealed carry laws in the nation Tuesday, calling for 16 hours of training, “good reason” be proven for consideration, and a host of other restrictions.

The measure, outlined in a 21-page bill, comes in an effort to comply with a federal court order that struck down the District of Columbia’s ban on handguns outside of the home. The 90-day stay agreed to by U.S. District Judge Frederick J. Scullin Jr. is set to run out Oct. 22.

“While I would prefer that we did not have to change our laws to allow the carrying of concealed weapons by civilians, this bill ensures that we will be able to meet the requirements of the Constitution while maintaining the maximum amount of safeguards possible to protect our residents, visitors, workers and public-safety officers,” D.C. Democratic Mayor Vincent Gray said in a statement Tuesday.

The bill, dubbed the License to Carry a Pistol Temporary Amendment Act of 2014, passed the 13-member D.C. City Council by unanimous vote. Modeled after restrictive “may-issue” laws in effect in Maryland and New Jersey, an applicant for a concealed carry permit in Washington D.C. would be required to meet the same strict requirements already established to register a firearm in the District.

These include background and fingerprint tests, a firearms safety course followed by an exam, as well as a vision certification. Added to the process would be an interview and a mandated 16-hour training course administered by a firearms instructor certified by the metro police chief.

That same chief, currently Cathy Lanier, will have discretion over who may be ultimately issued a concealed carry permit. While “self-defense” or residing in a high-crime area may not be considered sufficient good reason for issuing a permit, such events like carrying large sums of cash, documented death threats, or protective orders could be taken into account.

Overall, applicants will have to supply evidence “showing of a special need for self-protection distinguishable from the general community as supported by evidence of specific threats or previous attacks which demonstrate a special danger to the applicant’s life.”

If denied by the chief, applicants could appeal to a five member Concealed Handgun Licensing Review Board for reconsideration. Board membership will consist of a mental health professional and a current or former law enforcement officer appointed by the mayor, a representative from the U.S. Attorney’s Office, a representative appointed by the District’s attorney general, and the Chief Judge of the Superior Court of the District of Columbia or their designee.

Non-residents could be issued a permit as long as they meet the same requirements as residents and register their handgun with the Metro Police Department.

There is no provision for open carry in the District, even with a permit.

Should an applicant be issued the two-year permit, the places they are valid in the 68-square mile city is very limited. The new legislation includes a list of 14 separate areas and circumstances in which a permit holder is prohibited from carrying. Besides the streets near the White House and buildings under the control of the District, concealed carry is forbidden at child care facilities, any private residence unless it has been specifically allowed by the owner, stadiums, schools and universities, on public transportation, at venues where alcohol is served and within a 1,000 feet of any of dignitary or demonstration in a public place.

Earlier this week the U.S. Secret Service related to D.C. lawmakers that the agency is “very uneasy” about the prospect of more guns on the District’s streets, a move which may have contributed to the host of restrictions.

If stopped by law enforcement in the District, permit holders will be obligated to disclose to the officer that they have a concealed handgun and permit the law enforcement officer to take possession of the firearm.

The District’s congressional representative is already vowing to defend the strict new law on Capitol Hill if needed.

“I regret that a New York federal district court senior judge, sitting here by designation, overturned the District’s longstanding carry ban, even though the ruling was not compelled by Supreme Court or D.C. Circuit Court case law,” Rep. Eleanor Holmes Norton, D-D.C., said in a release. “If any Member of Congress has nothing to do but to try to block or overturn this local legislation, I am prepared to take him on and suggest things to keep him busy.”

Since the new law is a temporary act, it will only be in effect for 90-days while the District holds public hearings before crafting a more durable measure.

However, the courts could still weigh in on the new law.

“The Court instructed the city to treat the carrying of handguns for self-defense as a right,” Palmer attorney Alan Gura told Reuters. “Federal courts are fully empowered to enforce their judgments against recalcitrant city officials. This bill does not end the case.”