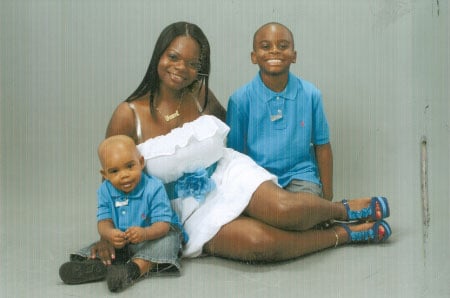 Shaneen Allen will no longer have to worry about what will happen to her children if she is required to serve prison time. (Photo: Facebook)

Allen, who had been robbed twice within a year before obtaining her concealed carry permit and purchasing a Bersa Thunder .380, was charged with unlawful possession of a weapon and possession of hollow-point bullets after telling an officer during a routine traffic stop that she had the gun tucked away inside her purse. Allen wasn’t aware that her Pennsylvania-issued concealed carry permit was not valid in the state of New Jersey and she was facing a mandatory three to 10 years in prison for the felony charges.

The prosecutor and judge handling the case received massive backlash after refusing to go easy on the single mother of two and forego jail time by allowing her to enter the state’s pretrial intervention program. Assistant prosecutor Deborah Hay said they were going to use Allen, whose trial was set to begin next month, as a type of example to deter others from this sort of activity in the future.

However, after several months of criticism, McClain finally agreed to review Allen’s case.

“In applying the factors set out in the clarification, I determined that the defendant in this case should be offered the opportunity to be admitted into the Atlantic County PTI Program and I have communicated that determination to the Court and to defense council,” McClain said in a statement.

The decision was no doubt considered a win by Allen, those who support her, as well as others involved in similar cases in the state, which McClain admitted he would be reviewing.

McClain’s announcement came just one day after the NRA released a video calling Allen a “Crusader of Change.”