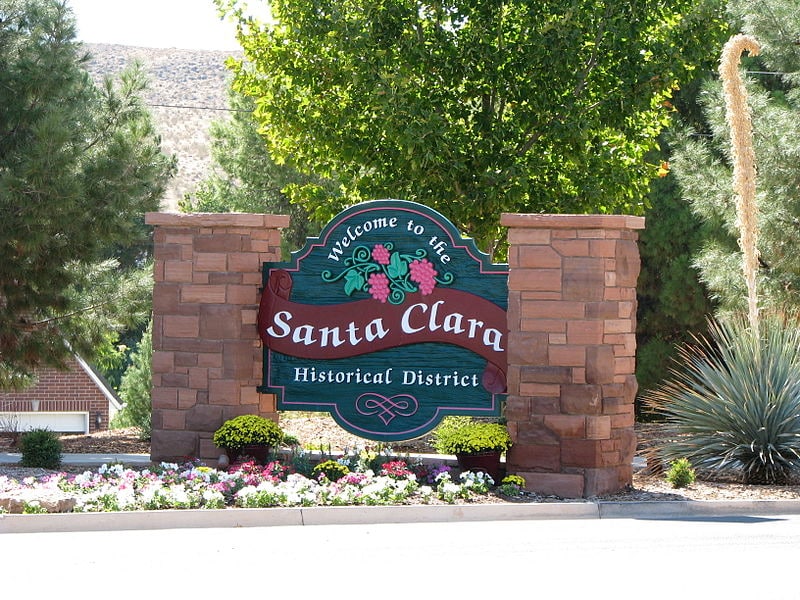 Santa Clara, Utah repealed its prohibition on carry in city parks after a gun rights group pointed out that it was likely in violation of state law. (Photo: Wikipedia)

A small town in Utah became the latest city to find out its anti-gun ordinances were in violation of state preemption law, and soon fixed the problem.

The Mojave Desert city of Santa Clara saw its council meet Wednesday and vote to repeal a longstanding prohibition against the possession of either knives longer than 3-inches, or firearms in any city-owned park. The ordinance in question was little known in the town of 6,000. In fact, it was only brought to the council’s attention in a letter from the Second Amendment Foundation, a national gun rights group.

“We may have been in violation of this code when we used a knife longer than 3 inches to cut cake while having a church party in the park,” Councilman David Whitehead told the South Utah Independent.

The council listened to City Attorney Russell Gallian explain that the town could not legally mandate the possession of firearms due to Utah’s strict preemption law. This law, codified in 1999, states that “a local authority or state entity may not enact or enforce any ordinance, regulation, or rule pertaining to firearms.”

As such, the council unanimously voted to repeal its ordinance.

Santa Clara is not the first municipality in the Beehive State to get a letter from SAF addressing potential flawed gun laws. The group has sent no less than 49 letters across the state, which has resulted in several cities repealing local ordinances not in line with the state’s preemption statutes. This included a repeal in Sandy City and Draper on gun bans in the city’s parks and amphitheater, respectively. In West Point, the town scrapped its prohibition on carry in city cemeteries.

The gun rights advocates saw this as a clear victory.