Attendance up at Guns Rights Policy Conference despite airport shutdown 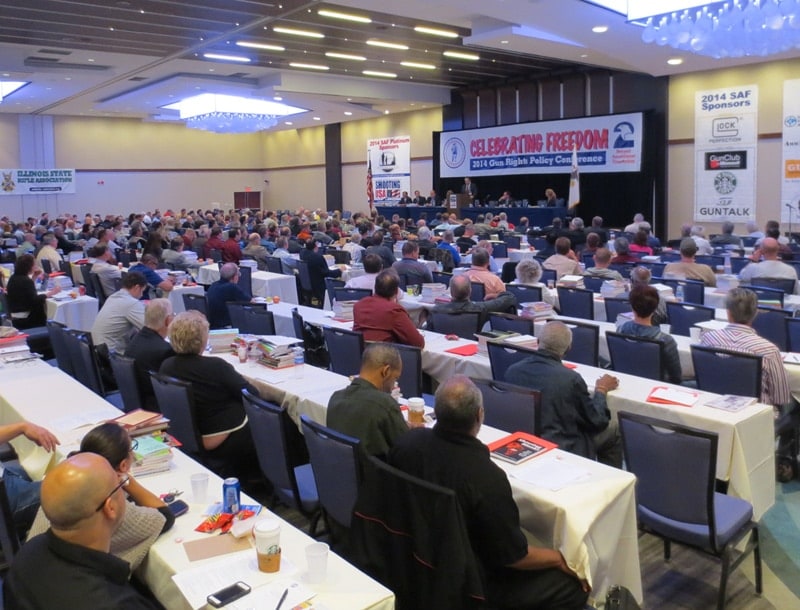 The ballroom was relatively full despite some absent attendants and speakers. (Photo: Daniel Terrill/Guns.com)

The Guns Rights Policy Conference kicked off in The Windy City despite major flight delays and cancellations from around the country due to a fire that effectively shut down both Chicago airports for the better part of a day.

A disgruntled employee set fire to the Chicago Air Route Traffic Control Center, which helps direct flights in and out of Chicago, and ultimately grounded about 2,000 flights and left thousands stranded.

Authorities found Brian Howard, 36, of Naperville, Illinois, in the basement of the Control Center with wounds from allegedly setting the fire. According to the affidavit, he was angry about being transferred from the Chicago area location, in which he worked for eight years, to Hawaii.

The conference, sponsored by the Second Amendment Foundation, expected 60 speakers and around 750 attendants. However, due to the flight issues, a small percentage did not make it.