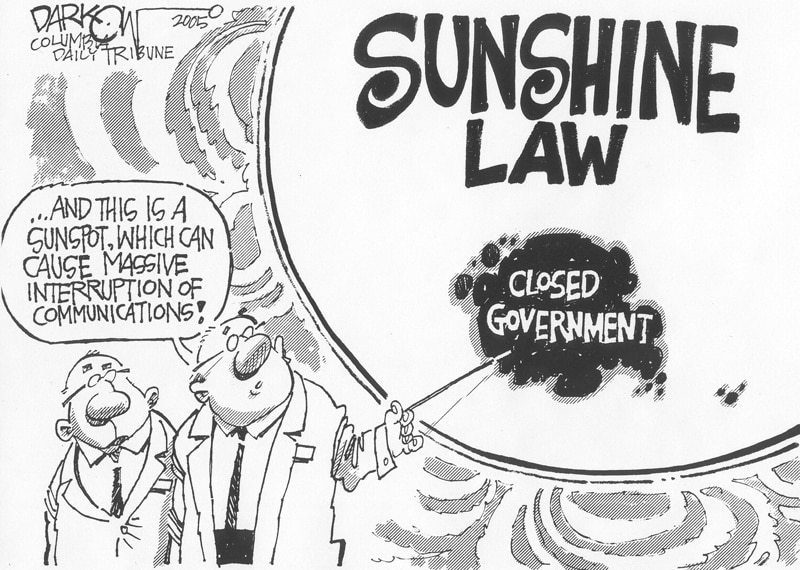 As the number of media requests grow for information related to the police shooting of an unarmed black teen in Ferguson, Missouri, and sparked protests and national outrage, the local government is now charging exorbitant rates for public documents, the Associated Press reported.

The AP says the move aims to discourage journalists and civil rights groups from investigating the shooting and its aftermath, and argues that it undermines Missouri’s Sunshine Act, which is intended to create greater transparency of government.

Bureaucrats in Ferguson are charging nearly 10 times the cost of some of the city employees’ salaries for records, the AP continues.

The newspaper called attention to a handful of examples including a $135 an hour bill for a nearly full day’s worth of work to retrieve and handful of emails by police officials, and a $2,000 fee for retrieving messages out of the email system.

According to Missouri’s Sunshine Law website, a public body can charge up to 10 cents per page for standard copies, an average hourly rate of pay for clerical staff if they have to duplicate documents, and the actual cost of the research time for fulfilling the request.

Since news of the shooting death broke in early August, city and police officials have been criticized for its handling of the public’s response.

In some instances police have reportedly deployed aggressive tactics to disperse peaceful protestors — similar to their response to violent looters and vandals.

Additionally, when the Ferguson Police Department released the officer involved in the shooting, Darren Wilson, it released surveillance video of an alleged strong armed robbery by Brown — what critics say is an unrelated incident and intended only to sully Brown’s character.