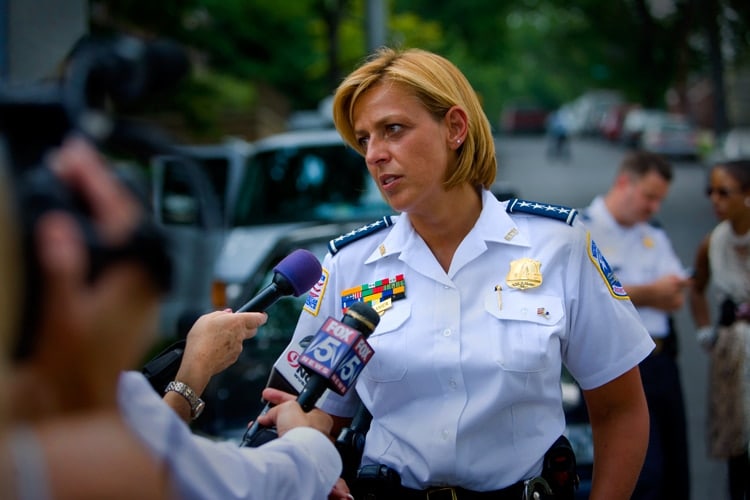 The Washington Metropolitan Police Department, after losing part of its electronic fingerprint database, is sending gun owners notice that they need to come by and give them again.

In a story broken by Emily Miller at Fox 5 DC,  although gun owners in the District already by law have to re-register both themselves and their firearms every three years, this latest requirement from the city comes after the existing fingerprint data collected July 2012 to March 2013 has vanished. Each affected owner has to be reprinted as well as pay a $13 per gun registration fee, which, for some owners, can add up to hundreds of dollars.

“At the beginning of registration, I had to fingerprint,” D.C. gun owner Lenny Harrell explained. “Then I went down and had to re-fingerprint.”

Harrell was not alone. According to documents obtained by Miller through multiple Freedom of Information Act requests, city officials sent out over 7,000 renewal notices, some of them nearly a year in advance. However, there has been generally low compliance with only 605 gun owners coming in so far.

The city has required registration of all shotguns and rifles since Sept. 1976 and, following the landmark Heller decision in 2008, handguns inside the district. Last December, D.C. instituted a regular renewal period for registrations, the first of its kind in the nation. Gun owners that do not renew their registration within 90-days of the end of their specified window, will have their registration canceled, automatically making them in possession of illegal firearms. Each gun so possessed could land the owner up to a year in jail and $1000 in fines. More importantly, any grandfathered classes of guns not renewed within that allotted period will not be eligible to be registered again.

Although initially gun owners were advised they would have to pay $35 to have their prints run through the FBI database again, Police Chief Cathy Lanier advised late Friday that the fee would be waived. According to MPD, the missing fingerprints were not printed out from the system and are now unrecoverable.

Lanier, in an editorial published in the Washington Times earlier this year and linked from the MPD’s website, contends the District’s gun owners have many opportunities to set up an appointment and have their firearm and personal information updated.

“By offering evening appointment hours in addition to regular business hours, the Metropolitan Police Department has made it as convenient as possible to come in, complete a one-page form, be photographed, and submit fingerprints for a criminal-background check,” wrote Lanier.

The District recently approved what is among the strictest concealed carry laws in the country in an attempt to satisfy a federal court order that struck down the city’s long-standing ban on firearm possession outside the home. The law, which is still subject to court-approval, calls for 16 hours of training, that “good reason” be proven for consideration, and contains a host of other restrictions that largely restrict when and where permit holders could conceivably carry.