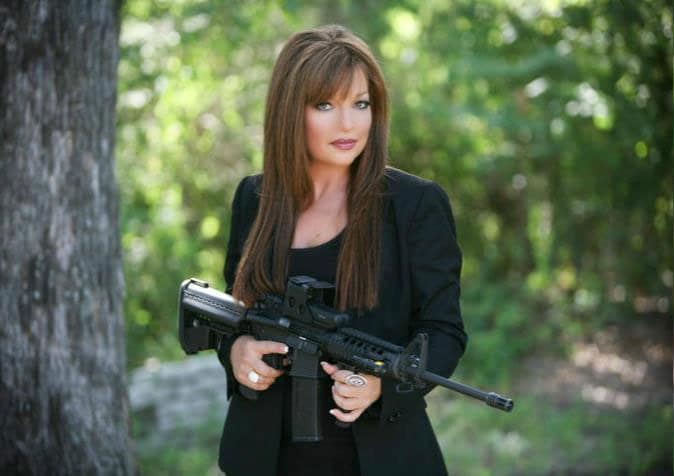 Jan Morgan says she prefers to err on the side of caution when it comes to Muslims. (Photo: Jan Morgan Media)

In a controversial move, The Gun Cave Indoor Firing Range in Hot Springs, Arkansas, announced this week that it is officially a “Muslim-Free Zone” and while it gains some support, others say that it’s a violation of individual rights.

But owner Jan Morgan stands steadfast behind her decision and gives 10 reasons why she believes it is justified, including the fact that scores of innocent people have already been killed by Muslims on American soil.

Morgan said she has thoroughly studied the Koran, the holy book of Islam, which “contains 109 verses commanding hate, murder and terror against all human beings who refuse to submit or convert to Islam.” Morgan also maintains that her “life has been threatened repeatedly by Muslims” as a result of what she perceives to be the “truth” about Islam, which she refers to as a “terrorist organization.”

She then goes on to explain that it’s not only her right to refuse service to whomever she chooses, but also her responsibility “to provide a safe environment for people to shoot and train on firearms.” Morgan likens refusing service to Muslims with refusing service to others she deems dangerous, such as those under the influence of drugs or alcohol, or the mentally unstable.

Furthermore, Morgan adds, “I do not believe my decision is religious discrimination because I do not classify Islam as a religion. It is a theocracy/terrorist organization that hides behind the mask of religion in order to achieve its mission of world domination.”

Morgan states that religious freedoms are protected by the Constitution, but not theocracies.

However, not everyone agrees with Morgan’s ideas.

“What Jan Morgan is doing is denying an entire group of people, an entire group of Americans, access to a fundamental civil right, simply because she doesn’t like the god they pray to and the holy book they read. That misses the entire point of everything America is supposed to be about,” Gun Nuts Media stated in an article yesterday.

What’s your opinion? Is Morgan justified in declaring her firing range a “Muslim-Free Zone?”