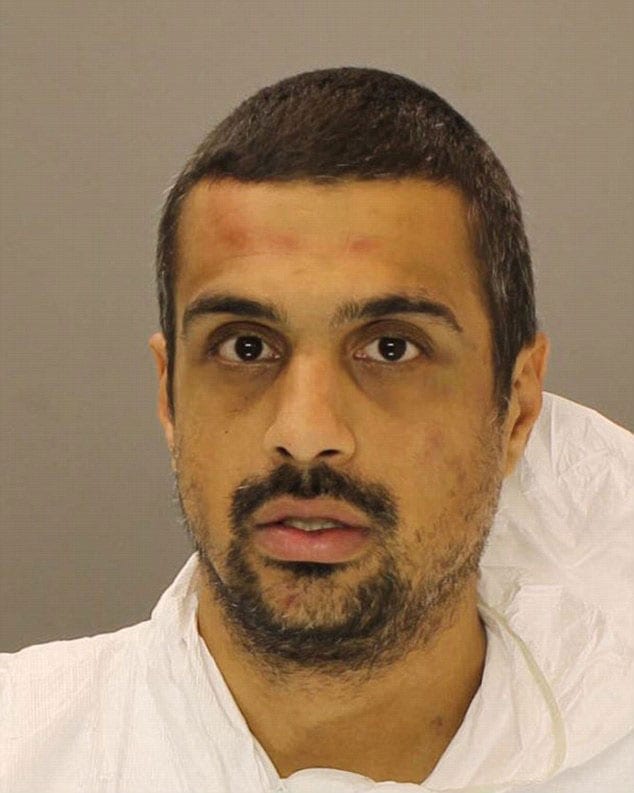 George Byrd IV could use a little more gun training… or a better excuse. (Photo: The Bucks County Courier Times)

A convicted felon living in a Philadelphia suburb is facing gun charges after he fired several shots at his neighbor’s house Friday just after noon, but the man says his actions were far from malicious.

Officers were called about 12:30 p.m. after the neighbor, whose name has not been released, heard several gunshots in close proximity to her home. According to The Bucks County Courier Times, after hearing the gunshots, the woman discovered that the window on the back porch of her home was shattered.

The woman told authorities that about half an hour later, she saw a man without a shirt come out of the home behind hers, raise a handgun and fire in the direction of her home.

When police arrived, they discovered damage to the exterior of the woman’s home, which was believed to be caused by a medium-caliber bullet.

Officers then obtained a search warrant for the neighboring home and it was there that they discovered 31-year-old George Byrd IV, who happened to not be wearing a shirt. Upon further investigation, police found a .357 revolver, 12-gauge double barrel shotgun and an M77 rifle, along with handgun ammunition.

Byrd was convicted of a burglary at the age of 17 and was therefore not legally allowed to own firearms. He was arrested and now faces charges for possession of the guns, as well as discharging a firearm into an occupied structure.

Byrd originally denied having any involvement in the incident, but later changed his tone, admitting that it was him who fired the shots. However, Byrd maintains that he did not act maliciously and had no intention of causing any harm, that he simply fired the shots from the handgun because he was unloading it and that was the only way he knew how. Byrd also claims that he fired the shots into the ground, not at the neighboring house.

Nonetheless, Byrd remains behind bars with a $20,000 bail.