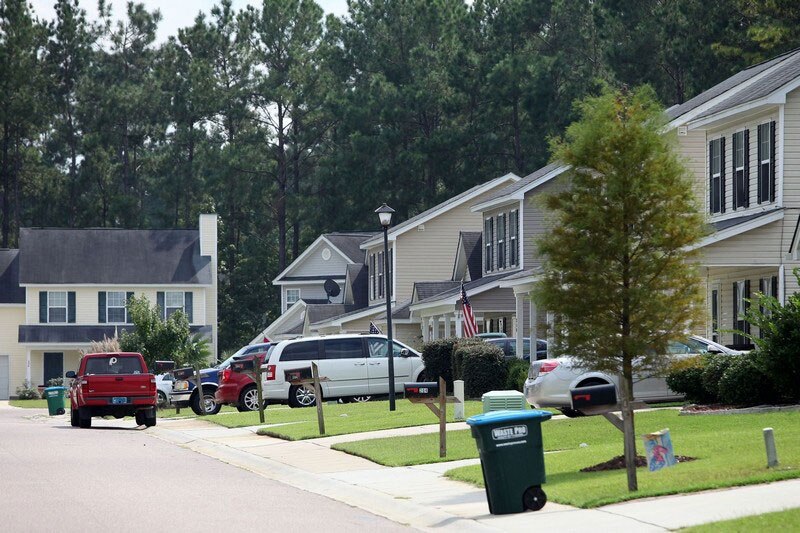 One resident in the neighborhood, who did not wish to comment, simply called the incident “pretty raw.” (Photo: The Post and Courier)

A South Carolina man is recovering from two gunshot wounds Sunday after he was shot by his neighbor for allegedly walking into his home uninvited and beating the man’s dog with a cane. The motive for the dog abuse is still unclear.

According to the The Post and Courier, 36-year-old Hercules Champaign III, who wore leg braces and often used a cane, simply walked across the street of the normally quiet neighborhood north of Summerville around 1 p.m. and entered the home of Ray Brown. Brown’s 10-year-old daughter was also home at the time.

Brown confronted Champaign when he began beating the man’s dog with a cane, and according to Brown, he urged the man to leave “numerous times,” to no avail. As the attack continued and Champaign refused to leave, Brown grabbed his handgun and shot Champaign twice.

One neighborhood resident, who only wished to be identified as Terry, witnessed part of the incident.

“I saw (Champaign) walking up the street with what looked like sticks in his hands,” Terry recalled. “Then I heard two gunshots, and (the homeowner) yelling, ‘Oh my God.’”

When officers arrived they found Champaign lying face up near Brown’s doorway with gunshot wounds to his face and side. He was transported to a local hospital where he was expected to survive.

Neighbors are shocked by the incident and said there were no previous known altercations between the two men. However, Chief Deputy Sam Richardson said, “There was a series of events leading to this. The way (Champaign) acted out was the zenith of that.” Richardson did not elaborate on the events to which he referred.

Following the incident, Brown, who did not wish to appear on camera, gave a written statement to local media.

“This was an isolated incident he is not a bad person. Out of respect for his family and mine, I’m going to let Dorchester County Sheriff’s office do their job and we will precede from there,” Brown said in the statement. “It shouldn’t have happened. I regret that it did happen.”

No arrests have been made.