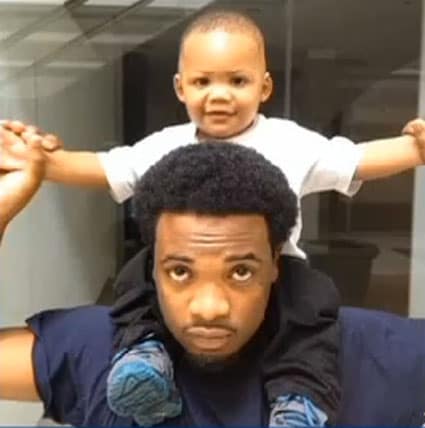 Authorities said the dog food stolen by DeMarko Peoples was for some pit bulls who had been taken at gunpoint from a nearby home earlier that day. (Photo: WFSB)

A security guard may be in a bit of hot water after shooting a shoplifting suspect outside a Nashville Walmart Thursday night.

Just before midnight, DeMarko Peoples left the store with a case of beer and a bag of dog food without paying, local media reported. Unarmed security guard, Angela Covington, gave chase toward Peoples and commanded him to stop as he exited the store.

Peoples left anyway, but once outside he was confronted by a second security guard, Michael Williams, who was armed. Peoples got into his car where a female was waiting. Williams told Peoples to exit the vehicle, but his demands were ignored.

Peoples then started to drive off in the car and, according to Williams, he had to get out of the way to avoid being struck by the car Peoples was driving. At that point, shots were fired from William’s gun. The bullets flew through the rear driver’s side window and struck Peoples in the back.

But Peoples drove a short distance before telling his passenger that he had been shot. They then switched seats and the woman drove Peoples to the hospital to be treated for his wounds, which were believed to be non-life threatening.

The family of Peoples has since hired a lawyer and investigators are working to determine whether or not the shooting was justified.

“In this case, this guy is wanted for shoplifting,” said Cmdr. David Imhof of the Metropolitan Nashville Police Department East Precinct. “He’s leaving. There’s no threat. There is no threat of death, there is no threat of bodily injury, so it wouldn’t be appropriate to discharge your firearm.”

Nonetheless, Williams said that he didn’t even remember firing his gun and that if he did, it wasn’t intentional.

The security guards work for a company hired by Walmart, and according to Covington, they see people stealing items every single day.

“It could be somebody in a nice car, a hobo, it could be anybody,” Covington said. “They steal all the time.”

But Covington also said that it’s only their job to point out the shoplifters, ban them from the store and file a report.

“The policy is you can’t shoot unless you feel harmed or have a weapon pulled out on you,” Covington said, adding that she didn’t think Williams was justified. “The man didn’t have a gun or a weapon.”

No charges have been filed against Williams.