Aimpoint has just officially unveiled its newest red dot sight, the Micro T-2. The T-2 is a completely upgraded version of the wildly-successful Micro T-1, which has set many standards for red dot sights and is thought by many to be one of if not the best micro red dot sight on the market.

The T-2 aims to raise those standards to a new level when it hits the market this fall. It will not replace the T-1 or its low-cost sidekick, the Micro H-1. Instead, the T-2 will take the lead as an even better Aimpoint Micro.

Technologies have changed in the seven years since the original T-1 was introduced and in that time many users have tested the design and found a few things about it that could see some improvement. 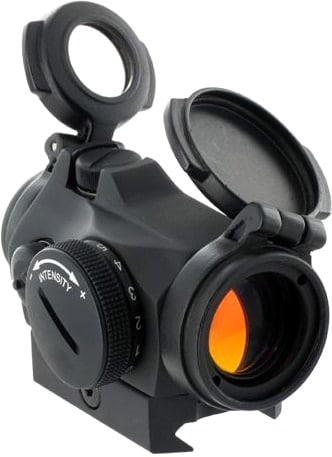 While the Micro series is well-known for its durability and battery life, the T-1 design is so compact that it doesn’t make room for lens covers, forcing users to turn to the aftermarket for custom mounts or wrap-around sight caps. The new T-2 has an extended sight housing with included flip-up covers. 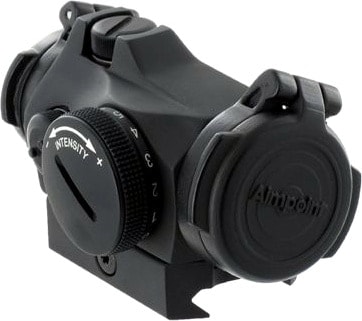 The redesigned body of the T-2 can also accommodate kill flash adapters, and has been overbuilt to provide additional protection for the adjustment turrets and internal components. 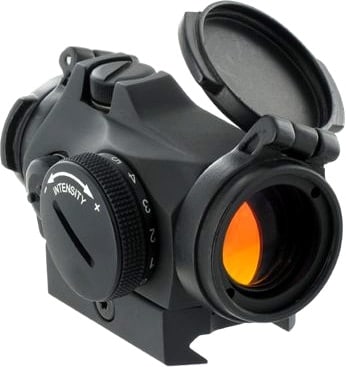 The new red dot sight also promises outstanding battery performance and is rated for five years of constant-on run time for a whopping five years — and 10 times that at night vision settings — on one three-volt lithium CR2032 cell. With the Micro T-2, users can turn it on and leave it on knowing that it will be at the ready at all times.

The T-2 has eight daylight brightness settings, four night vision settings and off.

But what Aimpoint has improved most is optical clarity. In redesigning the Micro from the ground up Aimpoint developed a new front lens and new multicoating process that delivers superior light transmission at all light levels.

“Instead of merely making improvements to an existing product, our development group started with a completely new design” said Brian Lisankie, president of Aimpoint. “In terms of the optical components, the Micro T-2 takes the level of performance available from a compact sight to an entirely new level. It also provides features and performance formerly available only in much larger optics.”

The new Micro maintains some of the standards of the originals, including the mounting system and height over bore, so it can be used with existing mounts and magnifiers. It remains a 1x-magnification red dot sight that’s completely parallax-free, meaning the 2-MOA dot is always on-target no matter what type of grip the user has on his or her firearm.

The redesigned body weighs a few hairs more than the original, by less than half an ounce. The T-2 weighs 3.4 ounces, not including a mount, meaning it’s light enough for use with all types of firearms including pistols.

Even with its suggested retail price of $846 the Aimpoint Micro T-2 is poised to be the next leader in red dot sights — and of course the street price will be less. We expect it to be the new standard for high-end and hard-use rifles in all serious shooting circles, from the battlefield to the competition scene.

For more details and specifications visit the Micro T-2 product page on the Aimpoint website.