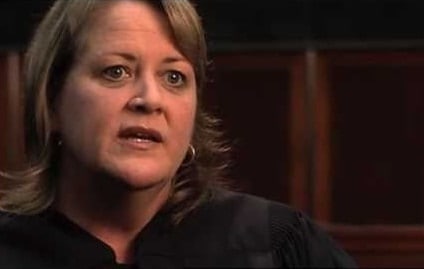 A federal judge found that Chicago’s restrictions on gun-range hours and zoning was in violation of a Second Amendment, but concurred with the city on other points.

The case, Ezell v. City of Chicago, has been winding through the courts since 2010. In it, a number of local shooters alongside a gun range designer and a couple of gun rights organizations took on the city over its prohibition on public shooting ranges. The plaintiffs argued that, while the city allowed nearly a dozen ranges for police and security use, its strict laws on public ranges were draconian. This led to a modification of the law as ordered by the U.S. 7th Circuit to allow ranges, but placed a number of limits on their locations and hours. It was some of these limits that a federal judge struck down Monday.

“The City’s general proposition that firing ranges may pose a danger does not justify restricting ranges only to manufacturing districts without evidence that such a restriction would lessen that danger,” U.S. District Judge Virginia M. Kendall, a 2006 appointment by President George W. Bush, wrote in her 32-page ruling.

Besides swatting down part of Chicago’s zoning restriction, she also disagreed with the city’s requirement that ranges only be allowed to operate during an 11-hour window from 9 a.m. to 8 p.m., writing, “The City has presented no evidence other than speculation that firing ranges uniquely create an inordinate amount of traffic, that police officers can expect to be called to a range more often than any other location, or that allowing a range to remain open after 8 p.m. will lead to increased criminal activity.”

However, Kendall sided with the city on a number of other matters including range construction, a requirement to keep any ranges at least 500 yards from schools and similar institutions, keeping in place a requirement that users have a state-issued firearms card, the barring of minors, and mandating that a range master be on site at all times.

Nevertheless, gun rights advocates are taking the ruling in stride.

“Every day on which Chicago loses some of its unconstitutional laws is a better day than the one before,”said Alan Gura, the attorney representing the Second Amendment Foundation in the case. “This latest decision brings Chicago that much closer to the rest of America, where responsible, law-abiding people can practically access gun ranges for safety training and recreation. We are studying our options for improving this positive outcome.”