Lawmakers 'confident' in release of Marine jailed in Mexico (VIDEO) 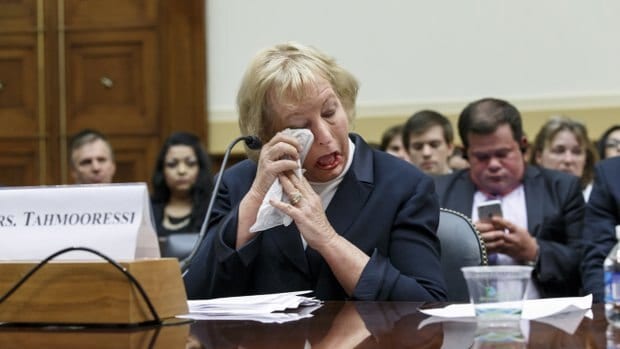 Imprisoned since accidentally crossing the border in Southern California March 31 with a number of legally owned firearms in his vehicle, Tahmooressi’s plight was addressed by his mother and TV personality Montel Williams at a hearing of the House Foreign Relations Committee.

Tahmooressi, 25, a Florida-native, was in California to seek treatment at the Veterans Affairs hospital in La Jolla in connection with PTSD following two tours in Afghanistan when a wrong turn ended up with him in a Mexican prison.

“It’s been six months, and we’re still connecting dots as to what happened,” his mother, Jill, told members of the committee. “He needs to be home.”

During the hearing, Rep. Ed Royce (R-Calif.) announced that, “I am confident a humanitarian release of Andrew will occur very soon.”

The event turned to partisan politics with several members of the committee sharing an opinion that President Obama should get involved in Tahmooressi’s release, which is currently being handled by the State Department with minimal involvement from the White House.

Williams, who enlisted in the U.S. Marines upon graduating high school in 1974 then, left the Navy as a Lt. Commander in 1989, testified alongside Tahmooressi’s mother.

“He didn’t hesitate to say, ‘Aye aye, sir’ to go off and serve,” said Williams through tears. “How dare we? How dare we as a nation hesitate to get that young man back?”

Following the hearing, a number of posts on social media promising the Marine’s imminent release brought condemnation from his supporters who stressed that no release is pending and, “his supporters must continue to put the pressure on Congress, the White House and Mexico for an immediate release.”