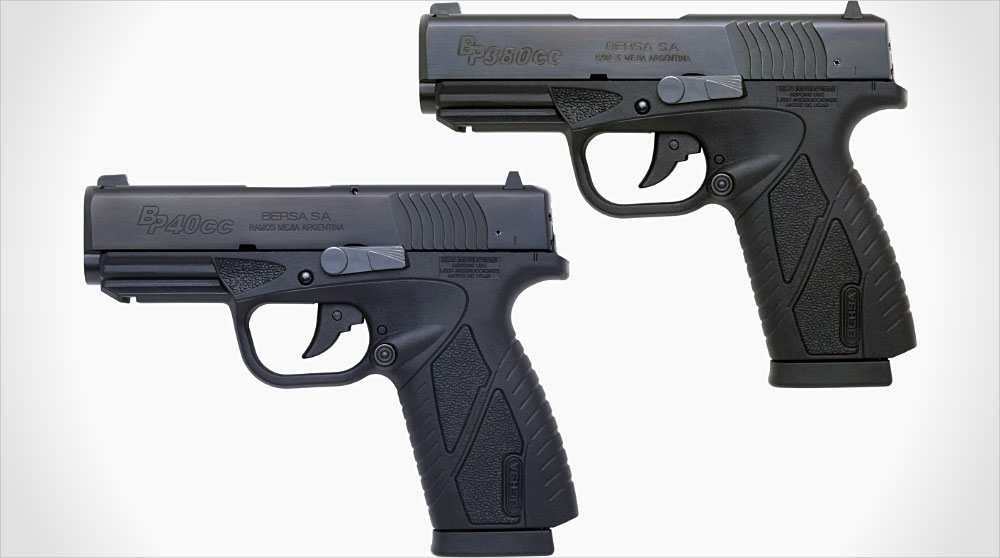 Bersa is releasing two new models of BPCC polymer-framed striker-fired single-stack concealed-carry pistols, the BP40CC and the BP380CC chambered in .40 S&W and .380 ACP.

While Bersa is best known for its alloy-framed pistols based on Walther and Beretta designs, the BPCC series, a completely in-house design, has a loyal following owing to its slim profile, excellent controls including an ambidextrous magazine release, established reliability and low price.

When Bersa first announced the BP9CC in 2011 the company pledged to follow it with a .40-caliber model, but it was later unlisted from their website and faded away into obscurity, until just a short while ago.

Not only is Bersa bringing the BP40CC back from the brink, the company is announcing the BP380CC to go along with it. Now with multiple models in multiple calibers the BPCC series is sure to lose some of its “sleeper” status.

Unlike the majority of single-stack pistols for concealed-carry, the BPCC series is not built around a small subcompact frame, instead it has a long grip that provides a full four-finger hold without magazine extensions. 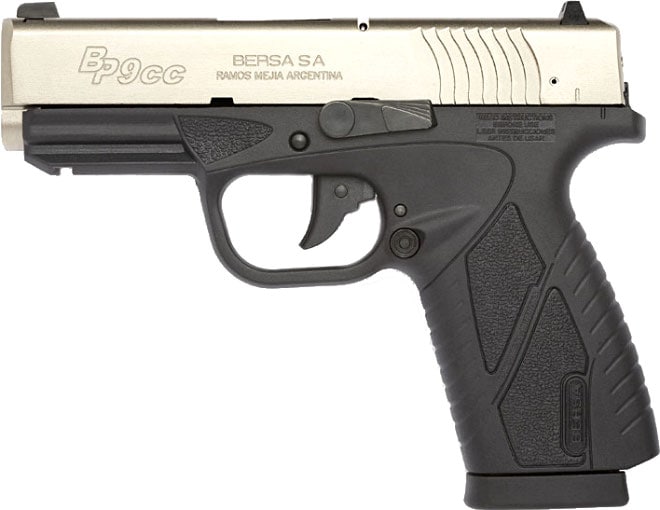 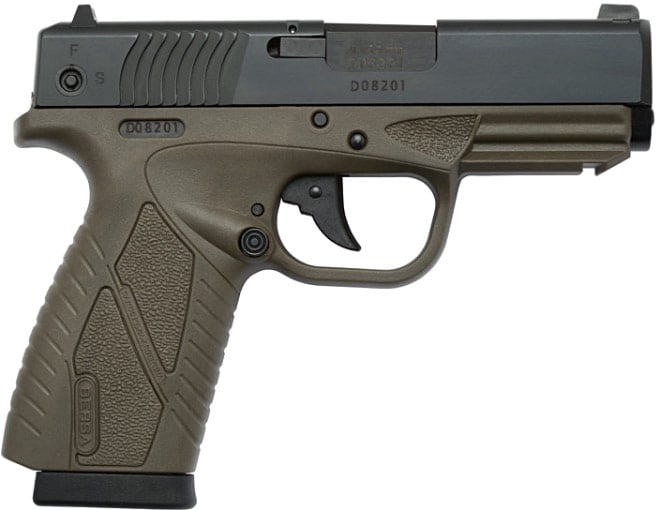 This also means that the BPCC series holds a bit more than your average concealed-carry pistol, with an 8+1 capacity in 9mm and .380 and 7+1 in .40.

The extended grip frame gives shooters a stronger purchase on the pistol which makes shooting for accuracy easier and lowers perceived recoil, which is key for a pistol that’s less than an inch wide, especially when shooting snappy .40 S&W loads.

The BPCC trigger is also very good. The pre-set striker design allows for a very short, light trigger pull at around 4 pounds with little pre-travel and no over-travel. The trigger also has a positive, instant reset that can be felt and heard easily.

All models in the series weigh 21.5 ounces, which also helps in the recoil department. Still, with its very narrow frame, some shooters will flock to the .380 ACP model which is sure to be a soft shooter.

The pistols ship with two magazines in a plastic hard case and sell for around $400. They use SIG front sights and Glock rear sights making them compatible with a wide variety of aftermarket parts including night sights. (Ameriglo sells front and rear sights separately making this an easy upgrade.)

The BPCC series stands out in the very crowded market for concealed-carry pistols with few other guns quite like it. While it is a great value plenty of people have selected the BPCC series not for the savings but for the great trigger, thin profile and all-around solid performance.

For more info about these guns visit the BPCC product page and for up-to-the-minute Bersa news check it out on Facebook.