Teens steal candy, booze and ammo before armed homeowner catches them in the act (VIDEO) 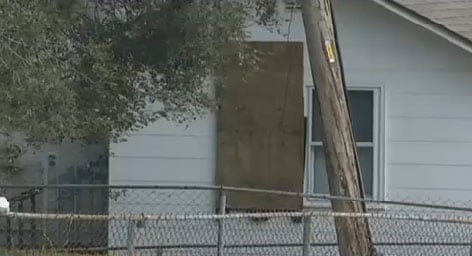 A Kansas City teen is recovering from a gunshot wound after being shot by the owner of the home which he broke into Wednesday morning.

Just before 10 a.m., the homeowner, whose name has not been released, was alerted by an alarm company that there was an occurrence at his house.

The man rushed home and found that two teens, who were supposed to be in school at the time, had broken into his home, the second break-in in as many days.

The homeowner opened fire on the suspects, who had taken candy, alcohol and ammunition from the residence. The two teens, who were just 14- and 15-years-old, then ran down the street.

Once police arrived on the scene, they apprehended one of the suspects in a nearby alley. The suspect, who had been shot in the ankle, was taken to a local hospital for medical treatment. The wound was not life-threatening and he is expected to recover.

Meanwhile, the second suspect decided to head back to class in an attempt to elude authorities, a plan which didn’t quite work out.

The incident caused the school to go on lockdown until the suspect was taken into custody less than an hour later.

“We’ve got school resource officers on site, so whenever they hear anything that happens around their school they’ve obviously got police radios on them. When they hear it, they make the call right then, so that’s why we go into lockdown immediately,” Snapp said.

It’s unclear what charges will be faced by the suspects, whose names have not been released due to their ages. Authorities are working to determine whether the teens were also responsible for the prior break-in.