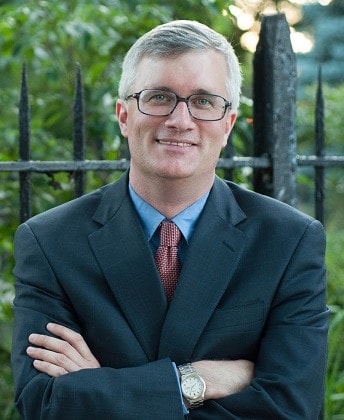 Days after California’s precedent setting bill authorizing confiscatory gun seizures from those deemed a risk became law, New York may be next to examine the concept.

A new bill intended for the state Assembly, modeled after California’s AB1014, was debuted this week by a Manhattan lawmaker. Like The Golden State’s law, the first of its kind in the nation, it would set up a framework to deny firearm possession to those believed to be dangerous.

“So this is a bill that would permit family members or friends or medical professionals or law enforcement or really anyone who’s concerned that somebody having … access to guns poses a serious danger to go to a court and present evidence of that, and if the court were persuaded, they would be able to issue a temporary order preventing the person from acquiring or possessing guns,” Assemblyman Brian Kavanagh, author of the legislation, told WAMC this week.

The bill is intended to provide another tool in society’s toolbox to prevent gun violence, Kavanagh’s office said in an announcement.

The avenue to implement the so-called gun violence restraining order would be the court system, which, upon being presented with a petition that contends an individual’s possession of guns in his or her current state could pose a general danger, could authorize an order to confiscate the firearms involved. The subject could then seek a “prompt hearing to respond to the petition and present any contrary evidence, and the court would only uphold the denial of access to guns if there is clear and convincing evidence of danger.”

The bill has already gained the quick support of a number of gun control groups including the Brady Campaign, the Law Center to Prevent Gun Violence, and former Rep. Gabreille Gifford’s Americans for Responsible Solutions PAC.

Kavanagh, who represents Manhattan’s lower east side, is a prolific bill generator when it comes to gun control issues. Currently he has no less than a dozen pieces of legislation in various stages of the political process that propose everything from mandatory 10-day waiting periods before being able to accept a firearm, to banning .50-caliber rifles and ammunition that would include mandated confiscation, and even a proposed ration system limiting gun owners to one purchase every 30 days. In fact, the assemblyman is the co-chair of State Legislators Against Illegal Guns.

Gun rights groups in New York are mobilizing against Kavanagh’s latest legislation. Tom King, president of the New York Rifle and Pistol Association, explained that the proposed measure is duplicative of current laws already in place to address those with mental health issues.

“Every piece of anti-gun legislation that has been passed since I have been involved in the Rifle and Pistol Association has been touted as being the piece of legislation that’s going to end gun violence in America,” King said. “When is the media going to smarten up and when are the people going to smarten up and understand that we have to deal with the core issues, not what people are telling us are the issues.”

Kavanagh’s legislation is expected to be introduced to the New York Assembly in the coming days.