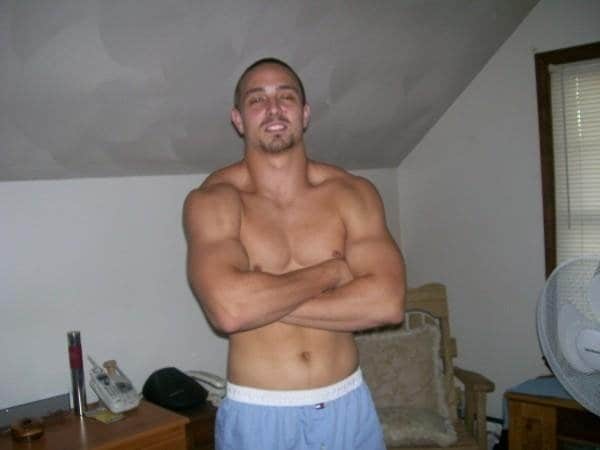 Philip DeBartolo faces up to 80 years in prison for gun trafficking and marijuana distribution. (Photo: Facebook)

A Scituate, Rhode Island, man pled guilty in a federal court on Friday to gun trafficking and drug related charges on evidence gathered from a federal undercover operation, the Bureau of Alcohol, Tobacco, Firearms and Explosives announced.

Federal agents raided the home of Philip DeBartolo, 29, at about 4:30 a.m. on Jan. 15 and found the felon in possession of several firearms, including one with no serial number, six semi-automatic pistols, three revolvers, a sawed-off shotgun and a “significant amount” of ammunition hidden beneath the floor boards, the ATF said.

Agents also discovered DeBartolo was growing 31 marijuana plants for distribution, the electricity for which cost him $14,000, the Providence Journal reported. DeBartolo’s girlfriend and their three children were in the home during the raid.

This all came about when DeBartolo arranged to meet with an undercover ATF agent on several occasions for the sale of guns and marijuana, beginning in August 2013.

In 2005, DeBartolo was convicted by a Rhode Island state court on felony assault, drive-by shooting and firearms charges.

DeBartolo faces up to 80 years in prison and a maximum fine of $2.8 million. Sentencing will take place on Dec. 19.