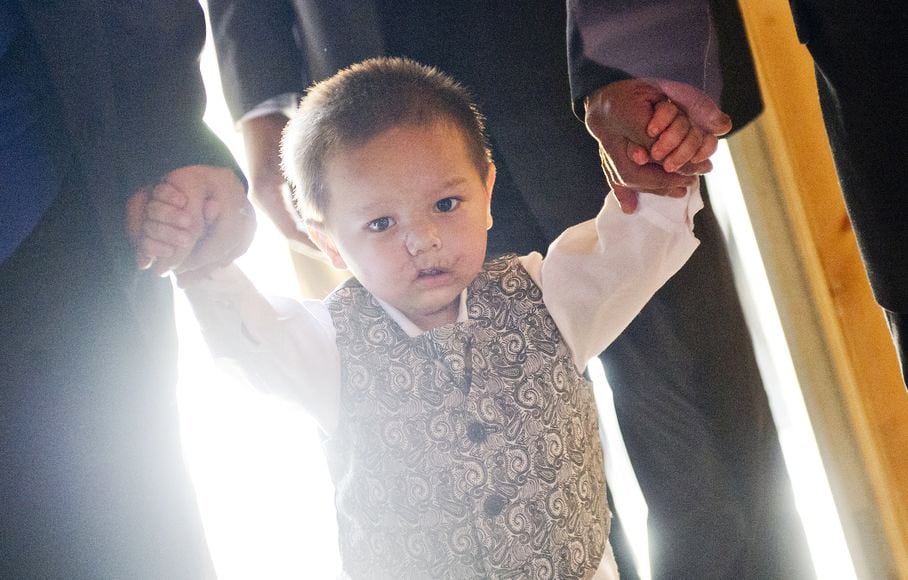 Nineteen-month-old Bounkham Phonesavanh was critically injured by a flashbang during a police raid in May. (Photo: Atlantic Journal-Constitution)

The Georgia police officers involved in a drug raid labeled “hurried and sloppy” and ended in the critical injury of a toddler on May 28 won’t face criminal charges, a Habersham County grand jury decided Monday.

Three law enforcement officers on the Habersham Special Response Team for drug investigation — including the case agent, a supervisor and one agent directly involved in the raid — received administrative punishment, according to court documents obtained by Guns.com. The officers’ names have been withheld from public record until their safety can be guaranteed after receiving an influx of death threats, officials said.

The accident has forced Georgia law enforcement to look at how no-knock warrants are served and how agents research a case before having those orders executed. The Habersham County agent on this case didn’t exercise sound research in determining whether children were present in the home and any no-knock search warrant should include the assumption that children will be present, the grand jury said.

As such, the jury recommended the Georgia State Patrol facilitate training for the Habersham SRT in the areas of conducting drug search warrants at night, performing mock raids where flashbangs are used, with particular emphasis on line of sight and no-bang alternatives.

After reviewing evidence for six days, the jury decided the agent who threw the flashbang into the Atlanta home was not at fault for the injury the non-lethal device caused the 19-month-old, but that another agent who got into a verbal altercation with the boy’s father afterward unnecessarily escalated the situation. That officer was reassigned and barred from joining any other drug task force. The case agent was placed on administrative leave and subsequently resigned, while the supervisor was reassigned and took a significant reduction in pay.

Officers executed the warrant in search of Wanis Thometheva, 30, who was wanted for selling drugs, including the sale of methamphetamine to a confidential police informant. Thometheva lived in the home with the couple and their son, but it is unclear what his relationship was to them. Thometheva was reportedly on bond for gun and drug charges and was connected to either an assault rifle or a replica assault rifle, which was tied to a robbery.

Thometheva wasn’t home at the time of the raid, but was reportedly captured later at another residence.

The flash grenade deployed by police landed in Bounkham Phonesavanh’s playpen and detonated, causing his nose to be separated from his face and other severe injuries. It could have been worse, the jury wrote. The flash grenade used that morning was a smaller version of the non-lethal distraction device — a “mini flash bang.”

“It blew open his face and his chest. Everybody was asleep. It’s not like anyone was trying to fight,” said Alecia Phonesavanh, the boy’s mother.

Cornelia Police Chief Rick Darby said the operation was a multijurisdictional effort and that there was no indication there were kids present prior to the raid. The special unit that conducted the raid is composed of officers from the Habersham County Sheriff’s Department and the Cornelia Police Department.

“There was no clothes, no toys, nothing to indicate that there was children present in the home. If there had been then we’d have done something different,” Darby said.

Guns.com is seeking clarification on many aspects of this case and will report any developments.