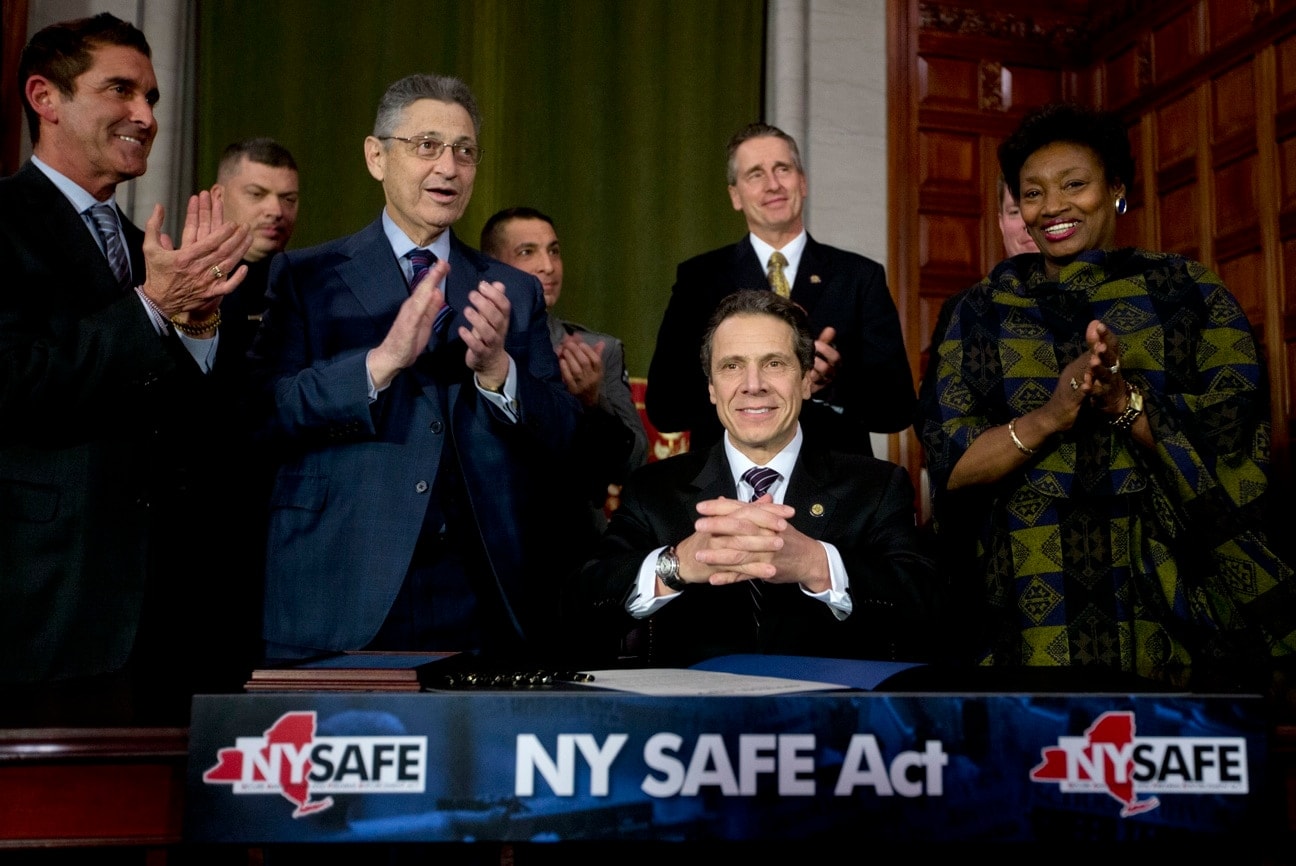 Both gun rights advocates and gun control proponents in New York are seeking the figures on just how many guns classified as “assault weapons” under the New York SAFE Act were registered, while the state police is stonewalling.

At stake, claim the groups, is evidence of whether the new and controversial gun control law’s registration requirements are working.

Enacted in 2013 following the Newtown school shootings of the previous December, the Secure Ammunition and Firearms Enforcement Act was swiftly signed into law by Gov. Andrew Cuomo. One of the more polarizing issues was the contention that eliminating the number of cosmetic features and limiting magazine capacity on semi-automatic firearms, and requiring these newly classified guns to be registered, would translate to increased safety. Estimates of the number of guns potentially effected ranged as high as 1.2 million. However, the New York State Police, tasked with enforcing the law, refuses to disclose just how many assault weapons have been registered.

SAFE Act opponents take the view that few New Yorkers have registered their firearms and the state is keeping a lid on the numbers, especially with an upcoming election cycle, to prevent embarrassment. Gun control advocates seek the figures to claim a victory in the war on gun violence. First Amendment supporters in the Empire State just want the facts.

“While reporters, gun control proponents and gun rights activists come at this from different points of view, they share a common interest: a desire to see how the law is working,” editorialized the Albany Times Union this week. “But without even an idea of how many people have registered their guns, how is the public to know if the law is effective, or if it is being ignored?”

There are even those inside the state government who feel the State Police should make the data public.

New York state’s Committee on Open Government, the agency responsible for Freedom of Information Act information and policy, released an opinion earlier this month saying the state police, while not allowed to release personal information of gun owners, could and should release aggregate data such as the number of permit holders and types of firearms registered.

“In our opinion, none of the discretionary exceptions appearing in 87(2) of the Freedom of Information Law would permit the State Police to deny access to aggregate data regarding firearm and assault weapons permits reported without identification of individual applicants,” read the letter signed by the committee’s Assistant Director Camille S. Jobin-Davis. “On the contrary, we believe that data of that nature must be disclosed pursuant to 87(2)(g)(i) which specifies that ‘statistical or factual tabulations or data’ contained within internal agency records be disclosed. Accordingly, it is our opinion that such non-identifying data is required to be disclosed upon request.”

The COOG opinion was written as reply to a query from attorney David Harper, who has since been retained by the New York State Rifle and Pistol Association. Harper is seeking the information on behalf of a client who has registered is firearm, but believes few others have likewise complied.

Prior to New York’s April 15 deadline to register newly classified assault weapons, gun owners gathered to burn or shred registration forms in an act of civil disobedience and vowed to “register nothing.” Others made simple modifications to become compliant with the new requirements, removing the need to register.

New York State Police spokeswoman Darcy Wells told the Times Union that the advisory opinion from the state’s Committee on Open Government is under review.