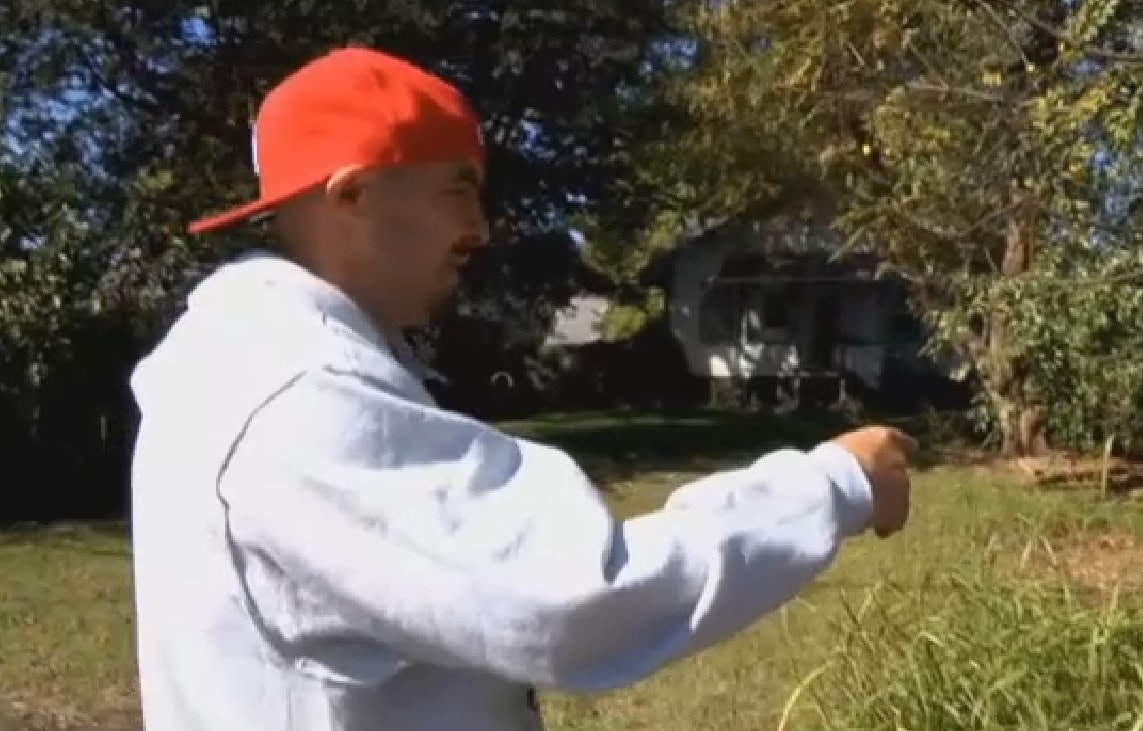 Dustin Wern contends he was trying to protect his home from burglars but he was the only one arrested by police. (Photo: KFVS)

“I just wanted to let them know I wasn’t going to be a victim,” said a Missouri man facing misdemeanor charges after his arrest for discharging a firearm within city limits — something he said he did to ward off burglars.

Dustin Wern said he fired a round into the air as a warning to two men he found stealing tire rims in his yard late Tuesday night. Cape Girardeau police, who did not apprehend the suspects in the failed burglary, instead took Wern into custody for violating the city’s ordinance on firing a weapon in the city limits. Nevertheless, Wern feels he was in the right and states that no one was hurt when he fired the single shot from his .45-caliber carbine.

“I didn’t point it in their general direction, it was in the sky,” Wern told KFVS. “I just wanted to let them know I wasn’t going to be a victim.”

Police report that there were no injuries or property damage and the two suspects, identified only as black males, were not apprehended. Although Wern was charged, the language of the city’s ordinance makes exceptions for firearms discharged in, “defense of himself, a third party, or property.”

This is not the first time that gun owners have run afoul of the law after firing warning shots.

In 2013 a military veteran in Oregon was arrested and had his rifle confiscated by police after he used it to fire a warning shot at a man he contended was burglarizing his home. Although the subject was found to be a wanted felon, the gun owner also found himself in handcuffs, charged with unlawful use of a weapon, menacing and reckless endangering.

Then there is the case of Florida gun owner Marissa Alexander, who was sentenced to 20-year in prison after she claimed she fired a warning shot at her estranged husband during a domestic dispute in 2012. Alexander’s controversial case led to legislation in the Sunshine State recently signed into law that modified Florida law to allow leniency for prosecutors in charging individuals with aggravated assault for defending themselves against an attacker.

The practice of firing warning shots in most situations, however, has been widely panned by instructors and self-defense scholars.

“Serious students of armed defense know that the ‘warning shot’ is a bad idea, an act expressly forbidden by most police departments insofar as their own officers’ ‘rules of engagement.’ Unfortunately, much of the public and apparently even some members of the bar have not gotten the word,” wrote noted self-defense instructor Massad Ayoob on the tactic.

The Cape Girardeau Police Department did not respond to emails from Guns.com for comment.